The beta release of Apple’s new Messages app for the Mac may have a hidden secret, and it’s one that could make getting files onto an iOS device as easy as 1,2,3.

Apple recently made the beta release of its new Messages app available to the public, with the beta tag offering a sign that the app isn’t quite complete just yet. While there will no doubt be visual tweaks as well as under the hood changes, we’re also expecting new features to arrive before the app ships as a part of the new release of OS X – Mountain Lion. 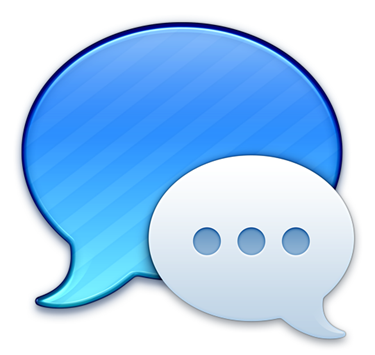 Apart from having the worst name for a piece of software ever released, Mountain Lion is currently available for developers to test, and with the new Messages app there are plenty of new things to try. As is so often the case with Apple software releases, people are seeing just what can be done with Messages and the first implementation of iMessage on anything other than an iOS device.

The people at iPhoneil have discovered that Messages in particular appears to have a hidden secret, and one that we sincerely hope Apple doesn’t pull before the final release. See, it appears that users of the Messages app on the Mac can actually send pretty much any file to iOS device owners, with the iPhone, iPad or iPod touch able to then open it.

Sent a video, and the iOS device will play it. Send a PDF, and it can be open as if the file were in an email. It’s something that isn’t being discussed as far as we can tell, but this could potentially open up all manner of opportunities for getting files onto an iOS devices without having to jump through hoops.

The files confirmed to be working include PDF, and TXT, while interestingly it seems .app files are also able to be transmitted.

It’s not yet clear whether this is an intentional feature or whether Apple just never thought about such a thing being possible, but we’re going to go ahead and suggest that the feature may go missing before Mountain Lion makes its official debut on the Mac App Store later this year.

And that would be a real shame.