A popular fork of Popcorn Time, the service that allowed users to stream both TV shows and movies without having to download them via BitTorrent first, appears to be back online, although not quite in its original form.

When Popcorn Time first made an appearance, it was quickly labelled as the “Netflix of Torrents,” and soon enough, it found itself on the wrong end of attention from anti-piracy outfit MPAA. Late in 2015, the original Popcorn Time fork was shut down, although some alternatives have been popping up in its place. 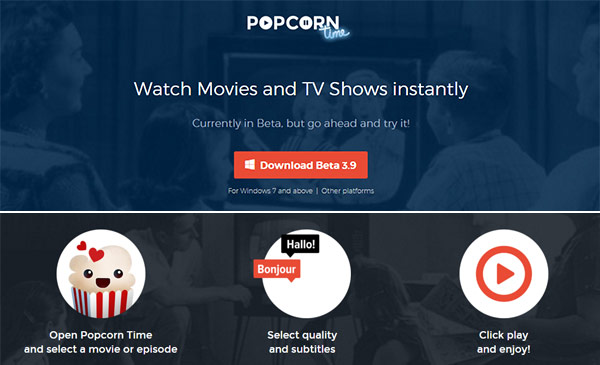 Now, though, it appears that the original Popcorn Time fork is back, and while it again allows the streaming of torrents in a way that rivals Netflix for ease of use, there is more to this resurrection story than meets the eye.

The revived version, originally hosted on popcorntime.io, has found a new home at popcorntime.sh, and this time around, appears to be running code based on the “legal” Popcorn Time spin-off known as Butter. There have been no other significant changes to the experience that have been found so far. There have, however, been some interesting, and arguably, troubling changes under the hood. 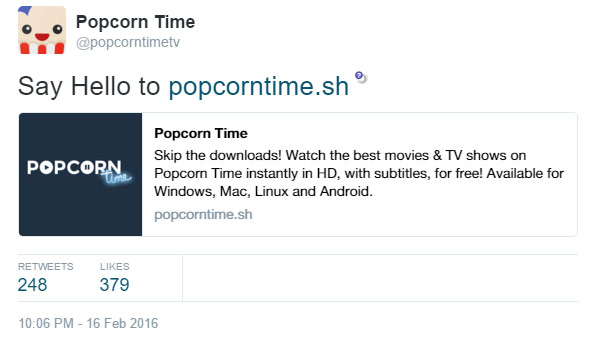 As noted by TorrentFreak, the MPAA is indirectly responsible for this surprise revival. As it turns out, the fork uses code from a domain whose four nameservers are now owned by the MPAA after their legal win in Canada. Nobody at this stage is suggesting that the MPAA is behind the revival of the original Popcorn Time, but no one else seems to have claimed responsibility for the act either.

At this point, it may be worth noting that the original popcorntime.io development team says it has had nothing to do with the newly revived version, despite the fact that the new variant seems to have been signed with the same private keys as the original fork. It only makes sense for anyone involved in the project to distance themselves from it, though, considering the history of legal action against the service.