The health technology industry is undeniably one of the most exciting and financially lucrative sectors for a company to be involved in at the moment, and even more exciting due to the number of innovative startups making a splash in that space.

One such company, One Drop, is looking to garner name and fan base with the release of the One Drop Chrome blood glucose monitoring kit, which is capable of producing accurate readings from a user in an impressive five seconds. 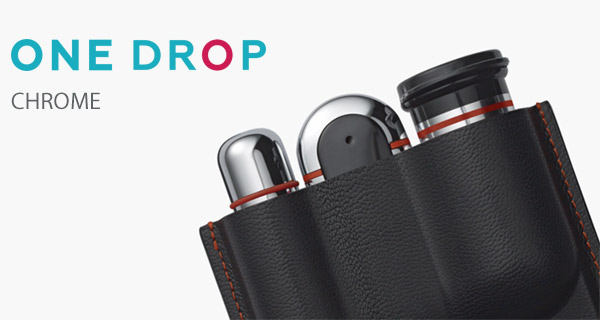 The One Drop Chrome kit, which will immediately get coverage and users due to the fact that it’s actually being sold directly by Apple via Apple.com, has received full approval from the Food & Drugs Authority (FDA) in the United States, and CE in Europe, meaning that the likes of Apple can be safe in the knowledge that it poses no harm to users, is safe for sale, and does exactly what it’s intended to do.

The product itself comes as a Bluetooth-enabled blood glucose meter with an accompanying lacing device manufactured from beautiful chrome. The contents also include a set of test strips and a leather carrying case.

Of course, given the fact that this hardware is Bluetooth-enabled, and sold by Apple, you would assume that it also offers some form of intelligence and smartphone connectivity; and you would be right. The One Drop Chrome is compatible with iPhone featuring HealthKit and CareKit support, with it not only being able to take accurate blood glucose levels in just five seconds, but also to send those results directly back to the accompanying iOS app, compatible with iPhone, iPad, and Apple Watch. Similarly, Android users can also get in on the action using a dedicated Android app.

Its new Chrome hardware connects to One Drop’s iOS, watchOS, and Android apps, and have full HealthKit and CareKit integration, allowing you to sync data from other health apps (e.g., CGMs, Bluetooth meters, food & activity trackers) and share your data with your Care Team.

The hardware itself is a fantastic example of beautiful product design mixed with real-world usefulness, and will be particularly interesting to Apple due to the company’s laser-focused importance on health care.

Interested consumers can purchase the hardware directly from Apple for $99.95, and subscribe to One Drop Premium for a $39.95 monthly fee.