Just prior to Apple’s announcement of the iPhone 5s and iPhone 5c, it was revealed that Apple TV would be getting some kind of upgrade. While there wouldn’t be any new hardware added to a little black box that has seen very little by way of physical change since inception, the set-top would, it was revealed, be getting a significant software update at some point after the keynote. Now, it has been revealed that the Apple TV iOS 7 update will be coming next week on September 18th, the same day iOS 7 will be released to the end user.

The scoop arrives courtesy of AllThingsD, who cite “people familiar with the company’s plans” in noting that the Apple TV software will be updated on the same day that the company’s mobile OS is bumped.

As previously discussed, there will be one or two significant alterations made, including the ability to stream content remotely from one Apple TV to another. So, if you’re at a friend’s house, for example, and wish to watch some of your own content to your friend’s Apple TV, you can use your iPhone as a remote to stream said content via the cloud using AirPlay. This remote stream feature saves users from having to log in and out, which can be annoying when using the minimalistic Apple Remote, and helps to make the Apple TV service more streamlined.

The new feature might have been discussed by Apple yesterday, but with so much to take in following the announcement of the iPhone 5s and 5c, the Cupertino has instead decided to keep quiet about the update until a later date. Some had hoped that Apple would have launched a more substantial assault on the TV market, with many an analyst having mentioned a connected TV effort at one point or another. But we’ve yet to see any evidence of this, so for the meanwhile, a relatively decent software update to Apple TV is as good as it’s going to get. 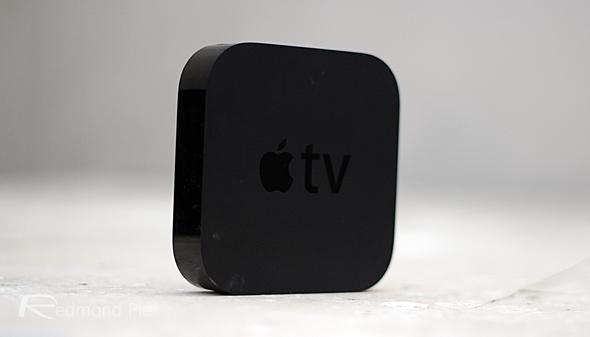 Still, once Apple has gotten through the new iPhone releases and subsequently, the iPad range and Mac Pro, perhaps then we will discover what kind of plans the company has for the TV market.