Although the iPhone 6is all the rage in the tech blogosphere these days, another product that has been generating a lot of is the rumored Apple iWatch (mind you, it may be rumored technically, it’s all but certain that the device is seeing the light of day this fall or the holiday season). Since we’re not entirely certain yet what the device would look like, designers are continuing to take jabs at what the possible product might be, and a new concept courtesy of SET Solution pits the iWatch dangerously close to looking like a miniature iPhone.

While it does make sense for Apple to maintain some similarity between the iPhone and the iWatch from a design perspective, we’d be more than unhappy if the actual wearable tech ends up looking anything like the concept design video. You see, SET Solution has not only kept the software similar, but also the overall design elements between the smartphone and its companion wristwatch. The end result is an elongated iPhone lookalike which doesn’t really belong on a wrist – not by a long shot. 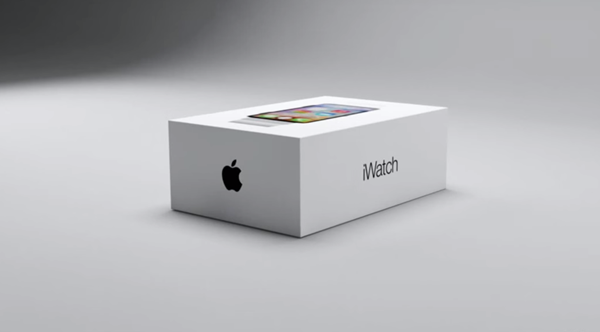 Other elements of the design are pretty interesting to look at. The wristband, for instance, appears to be thin, reinforced plastic that looks pleasing and should be comfortable on your hand. The other element that really intrigued us was the wireless charging that the concept comes with. Essentially, the iWatch will come in a “PowerCase” which will serve as a docking station for the device, and once docked, will allow transference of energy between the case and the device. While it’s just a concept, we really hope Apple would take this route, as this is the most creative approach towards smart watch charging that anyone has taken so far.

Overall, the iWatch is going to be an interesting product, especially in the face of the new Android Wear from Google. It’s also interesting because Apple has usually been keen on reaching the market first; they did the same with the iPhone, and then the iPad (not to mention iPod touch, which still doesn’t have a true competitor), but this time around, they’re quite behind. Hence, how the market will react to the iWatch once it appears later this year, we’ll find out as we get there.