Having spent a significant amount of time updating its website to begin selling the refreshed line of MacBooks, as well as the brand-new Retina MacBook Pro, Apple has also slipped out a new smart cover for its iPad. Unlike the previous official smart covers, which only protected the screen, the new one protects the backplate as well, and retails for a reasonable $49.

Apple’s tablet collection has dominated the market since the very first iteration was released back in 2010, and the Smart Cover has long since provided iPad users with a great way to protect their devices. It owes its smart moniker to the fact that as well as shielding the screen from dust and dirt, it also puts a device into sleep mode automatically when covering the 9.7-inch display. As an added bonus, the cover rolls back to create a triangular shape from which the device can stand freely. 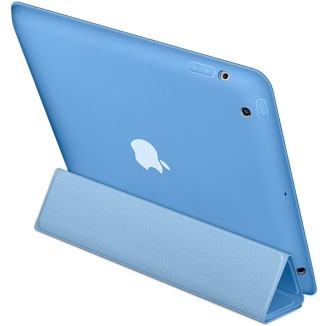 Apple has done a great deal to appease fans of its products over the past couple of hours, and although WWDC will certainly not be remembered as the day in which Tim Cook’s company released a more substantial smart cover, it will certainly offer those rocking the iPad 2 / 3 a better coating to repel those dreaded scratches and scrapes.

There are plenty of strange bloggers and general online attention-seekers whom take pleasure in shooting, dropping, and submerging iPads into lava, but the majority of us like to keep our Apple tablets in as pristine a condition as feasibly possible. 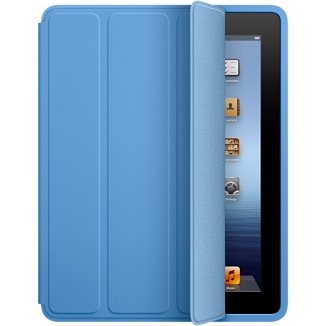 Unlike a lot of alternative smart cases on the market, it’s nice and thin yet robust, thus preserving the sleek form factor of your iPad. Often, consumers have to make a decision to either bloat out their svelte devices in order to protect them, or opt for a flimsier shell – which, if you have any mishaps, can have devastating consequences. 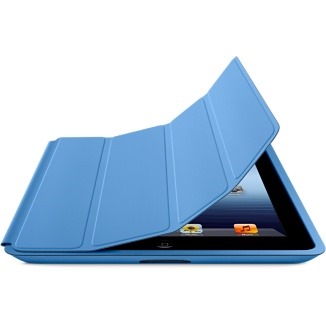 It comes in six different colors, and if you wish, you can opt to have it engraved prior to shipping. Have never personally seen the benefits of engraving any device – particularly since your hands are pretty much tied if you wish to sell it down the line. But hey, it’s a free option, and if you’re looking for an improvement on your current iPad cover, head over to the Apple online store right now and pick one up.