User interface designer Lukas Mathis decided he wanted to know what the new iPad’s Retina display looked like up close and personal so he did what any self respecting geek would do. He went out, got an iPad and then shoved it under the nearest microscope he could find. The result is some handy comparison shots between Apple’s new tablet and the one it has replaced, the iPad 2.

Apple’s new iPad is the first to sport a Retina Display which, while basically the same technology as the iPhone 4 and iPhone 4S smartphones, has never been done on a screen as large as the iPad’s. Cramming a screen as densely as the new iPad’s is no mean feat, and Apple must be congratulated for what it has accomplished with the largest Retina Display to date.

Over at Matthis’ own blog you can see plenty of comparison shots for, well, comparison with various other screens across a range of devices. Want to compare the new iPad’s screen with an Android device? Fine. HP TouchPad? No problem. There is even a PSP in there for good measure. 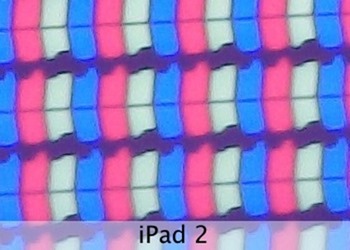 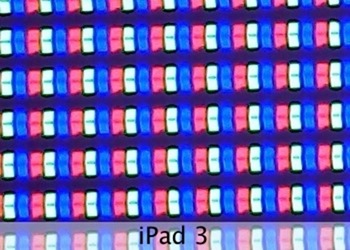 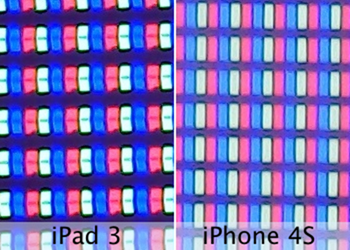 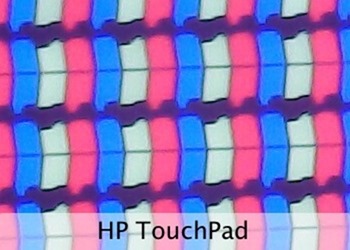 What we really find astonishing in these photos is just how tightly packed the new iPad’s millions of pixels really are. Comparing the new tablet with the iPad 2 illustrates the point markedly, and it really shows how impressive it is that Apple has managed to get Samsung, Sharp and LG to produce parts nearly 10-inches big that sport more pixels than a 50-inch television. Just think about that for a minute.

Of course, putting new technology under a microscope is all a little pointless in the end. What really matters is how the new iPad looks in the flesh and in real use. Does the improved resolution make images pop, does it make books more of a pleasure to read and doe videos look more life-like?

From what we have heard of early reports, the answer to those three is a resounding ‘yes’ and few seems disappointed so far. We can’t wait to see where Retina Displays go next, and we’re holding out hope for an 11-inch MacBook Air with the technology built in, too.

Now that would be something, wouldn’t it?