Here are all the new features and changes in iOS 10 beta 5 for developers, iOS public beta 4 for testers, which are basically identical builds coming from two different test branches.

Now that we are almost on the home stretch as far as iPhone announcements and subsequent releases are concerned, it’s important that we all remember that software is what makes the world go around. To that end, Apple has been pushing new beta releases of both iOS 10 and macOS Sierra to developers on a bi-weekly (and sometimes weekly) basis, with public beta releases also the order of the day. 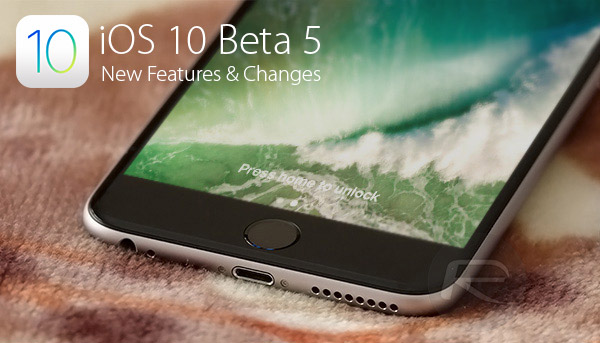 With a few weeks before both operating systems are expected to be ready for prime-time, Apple has released a fourth public beta and fifth developer preview of iOS 10 and macOS Sierra today to developers and public beta testers respectively.

As far as iOS 10 is concerned, the new version brings with it bug fixes and some slight changes to the user interface that iPhone and iPad owners have become so accustomed to. There’s nothing truly huge here, but if you’re an iPhone owner and wonder what iOS 10 may be like when it shops next month, listen up! So, without any further delay, here’s everything that is new in the fifth beta seed of iOS 10.

A new sound has been added that will trigger upon locking the device with the Power button.

There’s a new, revamped “Now Playing” icon in Control Center. It also crops up in the stock Music app, and throughout iOS. No more fiddling to find the Pause button. Also changed is the color of AirPlay-compatible devices, as can be seen in the screenshot comparison above.

Beta 5 re-processes any existing facial recognition data that users had collected with previous betas, probably due to a change in algorithm that Apple uses behind the scenes, therefore any previously named, merged or favorited facial data will be deleted and will then have to be re-processed. Sucks, we know. 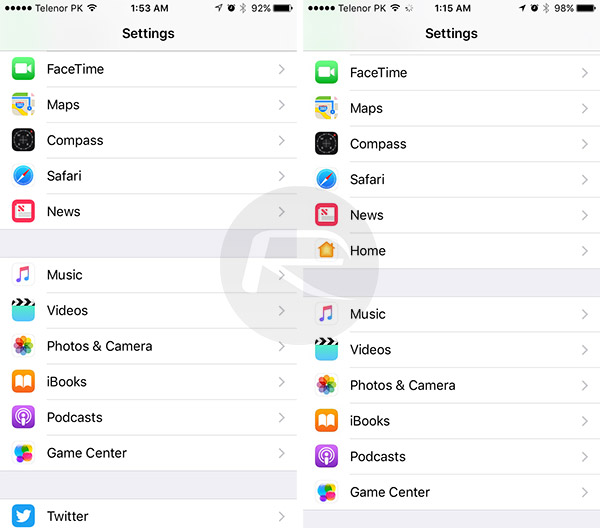 “Home” has been removed from the Settings app in iPhone. Remains on iPad. 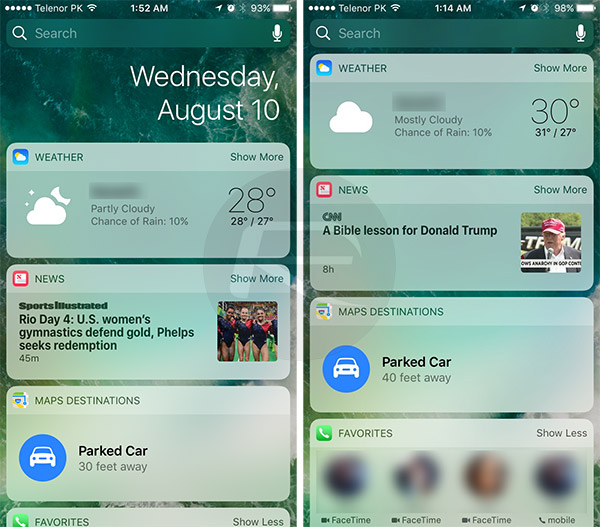 The date/time is available when swiping right from Home screen. Previously, this was only available on the Lock screen and the left-hand column inside the Notification Center.

In an attempt to make them easier to read, the background of third-party widgets has been made darker. This is purely to make it easier to view the items in question.

We’re sure we will spot more in time, so be sure to check back soon!

UPDATE x1: Here’s a video showing all of the above features and changes in action: