Apple’s range of iPhone, iPad and Mac hardware generates significant interest and revenue for the company, but there is also an extremely healthy interest in the software that leaves through the company’s Cupertino doors and ends up on our digital shelves. The company’s iOS firmware has been top of the discussion agenda over the last few weeks for various reasons, but we mustn’t forget the recent speculation and interest surrounding the next-generation of Mac OS X. We are under no illusion that Apple will manage to blindside us with certain aspects of OS X 10.9, but it seems that the current recruitment drive for interface engineers is suggesting that Apple’s next desktop OS could come bundled with the Siri digital assistant, as mentioned before as well.

The existence of the next-generation version of OS X hasn’t exactly been kept a secret. Logs from certain websites have been showing visitors coming from computers running OS X 10.9 for the last three months, which coincidentally marks the time when we started hearing rumors about Apple’s intention to take dictation and voice interaction a step further on Mac machines by including Siri. We are pretty sure that a company the size of Apple has a plethora of engineers on their books who are capable of working confidently with Siri, but a recent job posting is looking to extend that team with a bias on the OS X software.

The successful applicant(s) would find themselves adopting the role of a Siri UI Engineer, with their daily responsibilities being to implement the content that is sent and received as part of the user interaction with the Siri software. Normally, this wouldn’t seem out of the ordinary, after all, Apple currently has a number of mobile devices running the Siri assistant. However, the job posting continues to insist that all potential applicants must have a “familiarity with Unix, especially Mac OS X”. 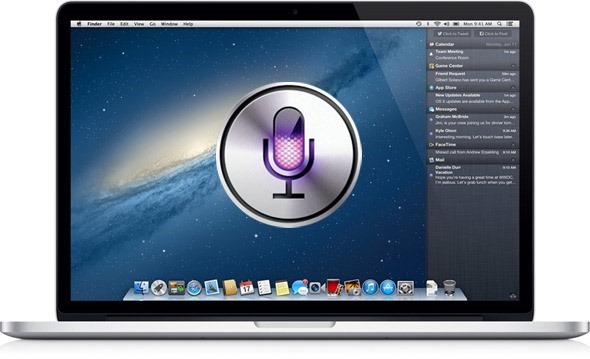 It may seem like only yesterday when Apple introduced OS X Mountain Lion to the world, but an imminent announcement regarding OS X 10.9 would certainly fit the yearly schedule that Apple has carved for themselves with the last few desktop OS releases. The initial developer seed of Mountain Lion was made available in February of 2012, and ultimately made public four months later in July. The increase in the number of web logs showing 10.9 as the originating operating system could suggest that an announcement / developer seed is imminent. Here’s hoping that Siri will be a part of that upgrade.