Mozilla, the company best known for its work on the extremely popular Firefox Web browser, has used this year’s Mobile World Congress in Barcelona to showcase an affordable, entry-level smartphone. The company has taken the opportunity to show off a functioning prototype of the $25 smartphone that will be targeted at emerging markets and the developing world. We’ve known for quite some time that Mozilla were on a mission to create a truly affordable smartphone that would benefit individuals in rising markets, but this early-stage prototype running Firefox OS is the first example of the progress made so far.

In order to design and develop the $25 smartphone, Mozilla has formed a partnership with Spreadtrum Communications, a Shanghai based fabless semiconductor company. As you can probably deduce from the advertised price-tag, the combined efforts of Mozilla and Spreadtrum is by no means intended to be a device that can compete with the top performers within the smartphone market. The hardware is not as powerful or as capable as much of the competition, but instead chooses to focus on core areas of use that would benefit most users in a developing economy. 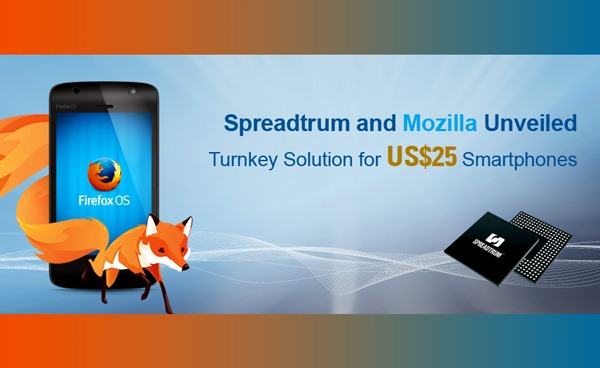 A number of high profile vendors, such as Nokia and Samsung, have already recognized the importance of emerging markets that offer potential for large growth. Mozilla is keen to get a jump on the competition with this device and hopes to act as a stepping stone as users transition from feature phones to more capable smart devices.

The showcased device was running the latest version of the Firefox OS and is equipped with a 320 x 480 display. The rear of the smartphone contains an embedded 2-megapixel camera, and like the original iPhone in 2007, doesn’t come with any 3G cellular data connectivity. In short, it carries the same specs as the original iPhone, but with a $25 price tag! 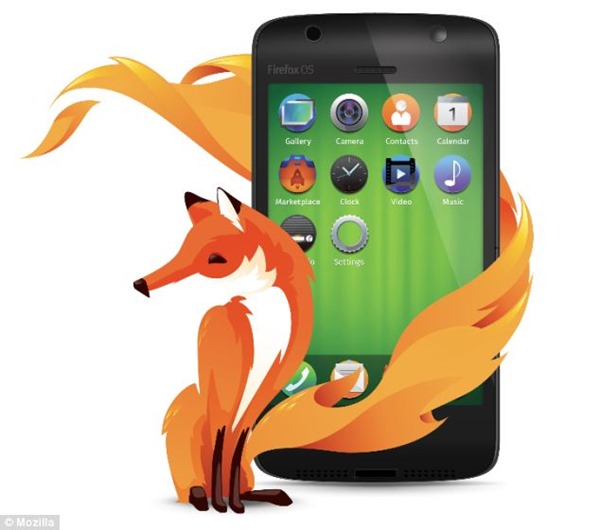 Sources who have already managed to get their hands on the prototype are reporting that the low-end device offers a terrible and extremely frustrating user-experience. The operating system is reportedly very slow to react to commands, and although the hardware is capable of Internet browsing and YouTube video playback, the lack of effective response to user input makes interacting with most features a chore. It’s unlikely that Mozilla’s cheap offering will ever be seen as a competitor to more capable devices, but that isn’t a bad thing. The tiny price-tag could offer a very  cost-effective way for emerging markets to transition away from non-intelligent devices.