Microsoft finally brought its iconic Office suite to Apple’s iOS earlier this month in the form of Office Mobile for iPhone, much to the delight of many long-time enthusiasts. Lest we forget that before that, big two mobile platforms got their first glimpse in the form of OneNote and today, the Redmond company has dealt its iOS and Android OneNote apps a major update, bringing a uniform look across the board, Ribbon UI and a whole lot more. Details after the jump!

Naturally, Microsoft has focused its attentions on improving the Office experience on Windows and Windows Phone, but after a great deal of what can only be described as stalling, Office finally made its way to iOS this month.

The new changes to OneNote bring a vastly improved overall experience to the App and Google Play Stores, with the changes bound to appease those who’ve jumped onto an app that is still relatively new.

When it comes to mobile devices, there are plenty of note-taking apps out there, but OneNote must go down as one of the originals. The versions for iOS and Android actually do offer fairly solid functionality, and today’s update certainly improves on that. 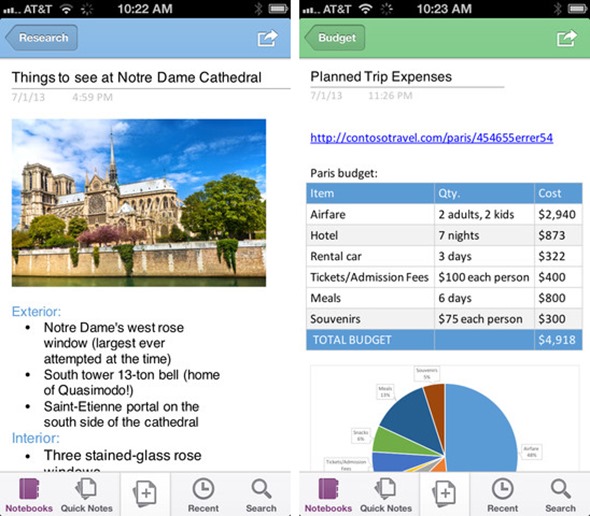 Notably, editing is a whole lot better. Formatting is the same across each and every device, bringing the kind of experience we’ve come to expect of OneNote over the years. Everything from text and graphs to tables and borders are now nicely in line with each other, and with effortless sync updating your each and every change, you can rest assured that any edits you make will be seamlessly transferred over.

In a move that is very à la Google Drive, OneNote will now allow multiple users to edit a note at the same time, which is a definite win for collaborative computing. The popularity of Google’s services has soared thanks to its ability for letting a number of individuals work on the same document at any one time, and it appears as though Microsoft is gunning for that same segment of the market. 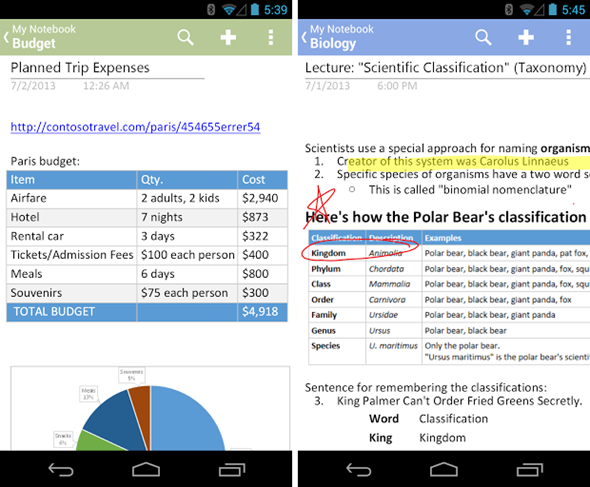 Those on the iPad have been treated to the Office Ribbon UI, which actually looks very nice on the Cupertino tablet. With plenty of customization options and an interface now (belatedly) adapted to the elongated display of the iPhone 5, it would appear as though OneNote for iOS and Android is finally coming into its own.

The app is free of charge, so download it, give it a whirl, and be sure to leave your thoughts below!