Microsoft’s Internet Explorer may not be everyone’s first choice when it comes to picking a browser, but despite having conceded quite a bit of its market share to Chrome and Firefox in its time, the software maker has made some significant improvements of late both in terms of functionality and reach. Given that IE is only available on the software maker’s own platforms, though, it’s somewhat limited to a particular audience, and so in order to rectify this situation, Microsoft has launched a new system that allows users to test the most recent edition of its Web-surfing app through the likes of OS X and iOS as well as Google’s Android.

RemoteIE, which is made possible courtesy of the cloud-based Azure – specifically the multi-platform Azure RemoteApp – grants interested parties the opportunity to test out the latest version of Internet Explorer even if they don’t happen to own or indeed be using a Windows machine. 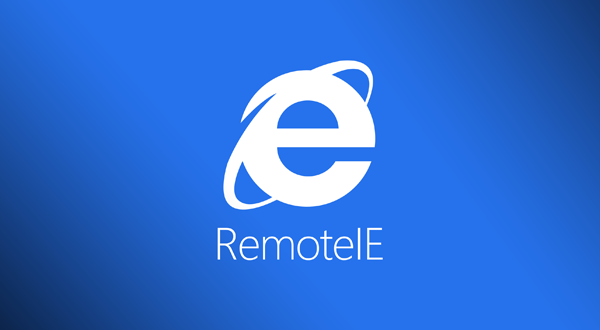 Primarily, RemoteIE provides a convenient way for devs to build websites and online experiences that are compatible with IE, and while this is simple enough for those running Windows, the newly-constructed service makes it easier for those rocking other devices on different platforms.

This new effort also ensures that Internet Explorer can still thrive. The last few versions of IE have proved to the world that there is still life left in a browser that had become the butt of most jokes during much of the 2000s, and while Chrome and Firefox continue to dwindle, RemoteIE will allow devs to render sites and Web apps IE-friendly with very little additional effort on their part.

Make no mistake, this is not a service that will allow iOS, Android and OS X users to run Internet Explorer with any sort of fluidity, rather serving as a testing portal with many of the limitations you’d ordinarily expect to find in dev-focused software. For example, in order to play nicely with the servers, RemoteIE sessions will automatically log out after 10 minutes of inactivity, while an entire session’s duration is capped at one hour.

To get started, point your browser to remote.modern.ie, sign in with your Microsoft account, and once you’ve downloaded Azure RemoteApp, you’ll be good to go.

Oh, and here are some previews (via Vine) to give you a flavor of how everything looks once you’ve followed the set-up procedure: