LiveClock For iPhone Updated To Offer Full Support On iOS 5

Jailbreaking an iOS device to liberate it from the restrictions which Apple has placed upon it is an extremely gratifying process. We love the technology and software which the fruit company provides, but we also love to have the freedom to do what we want with our purchase and that includes being able to modify the way the operating system works and how the device looks and feels. With that said, there is possibly nothing more infuriating than having a favorite tweak or enhancement that gets left behind and doesn’t work with updated versions of the operating system.

Unfortunately, for us jailbreak fans, a lot of packages actually fall into this category, with developers making something that becomes popular and then never sees another update again, rendering it pretty much useless as Apple makes changes to the underlying OS that prohibits it from working. In the case of free downloads, this isn’t really a massive issue, but when tweaks cost money, it actually can cause some issues that the support no longer exists. Thankfully, the jailbreak scene has a number of developers who consistently support their free and premium packages, with Ryan Petrich being the one who is always updating his plethora of iOS enhancements. 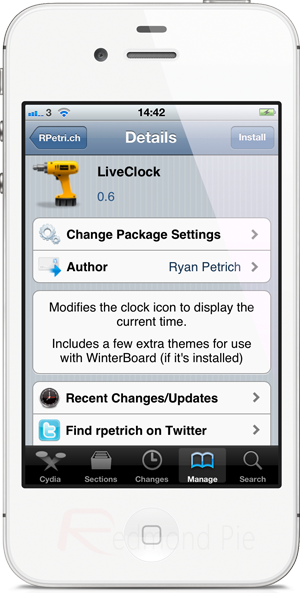 His extremely popular LiveClock package, which is available as a free download from his personal repository, is an extremely simple tweak that exists only to change the Clock app icon to show the current time pulled from the device. The package is merely an aesthetic enhancement and effectively turns the icon in a live tile, but it is often the simple packages that are the best. Keeping in line with his previous traditions of impeccable work ethics, Petrich has spent a small portion of his day polishing the LiveClock tweak and pushing out an update to his repo that brings full support for users running version 5.1 of iOS. 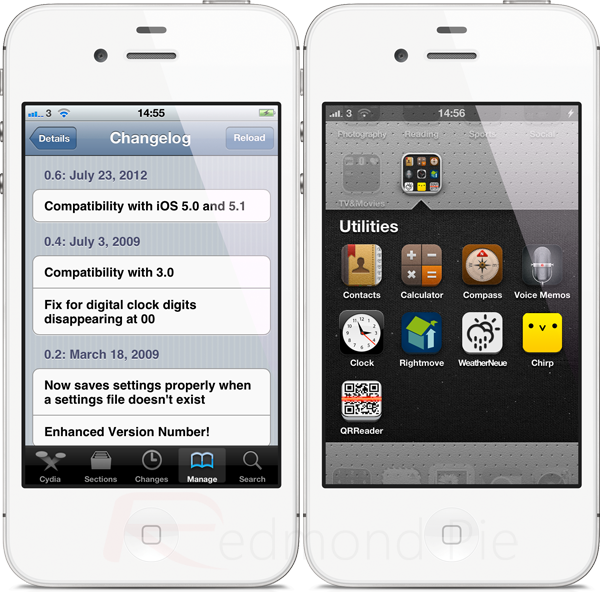 The update doesn’t bring any additional feature requests, after all there isn’t a great deal you can do within the confines of an app icon, but it will bring satisfaction to the thousands of users who consider LiveClock as a must-have tweak on their jailbroken device. The official changelog specifies that the developer has brought “compatibility with iOS 5.0 and 5.1” and nothing more. For those who don’t already have it, LiveClock is available through a personal repository that can be found in Cydia by adding the following repo address: http://rpetri.ch/repo.