Here’s how to live stream the second Presidential debate online anywhere in the world on your computer, tablet, mobile or tv set-top boxes.

If you managed to watch the first Presidential debate between Republican nominee Donald J. Trump and Democratic nominee Hilary Clinton, then you may have seen enough to make you want to actually tune in for the second head-to-head clash between both Presidential candidates. 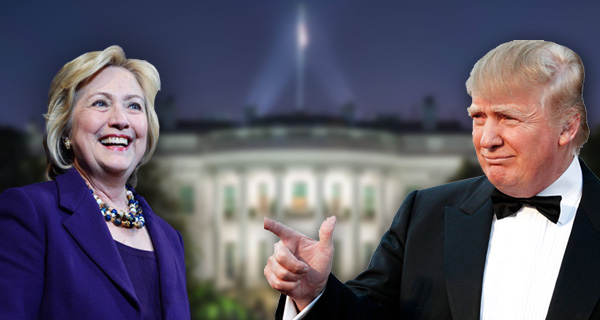 The second Presidential debate will take place on Sunday, October 9th at Washington University in St. Louis, Missouri, with Trump and Clinton expected to trade blows on the most important topics from 18:00 to 19:30 Pacific Time. But will you be watching this highly anticipated debate? If yes, then how?

It should actually make for an interesting televised debate, with Clinton and Trump being hit with a slew of questions on the things that matter most, 50% of which will be asked by unlimited voters looking to be swayed one way or another, with the other 50% being served up by the moderators on the right, which in this instance will be ABC’s Martha Raddatz and CNN’s well-known Anderson Cooper. It’s fair to say that no punches will be pumped, with both Presidential candidates being put under intense pressure to come out on top.

It doesn’t take a rocket scientist to understand that this debate will not only be extremely interesting to watch in the United States of America, but there will also be a significant worldwide audience wanting to tune in to actually see how their own lives could be impacted by the new President of the United States, whoever it may ultimately end up to be.

With that in mind, not only will many broadcast and cable networks be showing the debate live, but it will also be live streamed via a number of online streaming services, with the best of them being Google-owned YouTube, meaning that it will be accessible by the masses on a global scale.

That availability on YouTube not only means that interested individuals can catch all of the action via the web version of the site, but people with hardware like a Roku streaming stick, an Apple TV, or even an Amazon Fire TV or Fire TV Stick will be able to get instant access to the live streamed debate via the relevant YouTube app available on that particular hardware.

It should make for a great debate, but it should also lead perfectly into the third and final Presidential debate that will take place later this month on October 19th in Las Vegas.

We will be embedding the live video of the debate from YouTube as soon as it goes on air. Stay tuned.

Update x1: Here’s the live video stream of the debate: