Apple has seeded the final GM release of iOS 4.2 to developers. The recently released Redsn0w 0.9.6b2 (based on Geohot’s Limera1n) can jailbreak all of the current iOS devices on iOS 4.2. This has also been confirmed by MuscleNerd of the iPhone Dev Team. 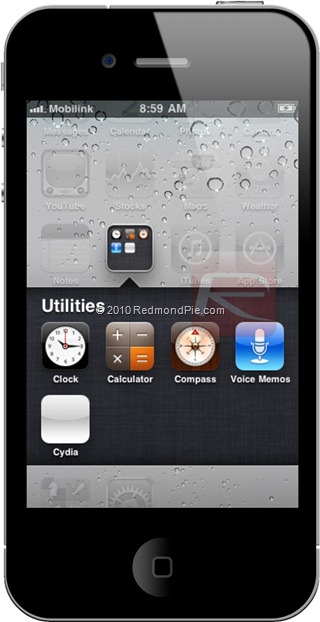 Today Apple released to developers the GM seed for 4.2.  Tinkerers will find that yesterday’s redsn0w jailbreaks today’s 4.2 GM seed, simply by pointing redsn0w at the 4.1 IPSW (rather than the 4.2 one).  Right now it mostly only makes sense for JB app developers to do that because many apps (including Cydia itself) need to be updated for 4.2.  However, if all you want to do is enable afc2 (to use iFunBox or other file browsers), or to tweak settings like Battery % and Homescreen wallpapers, then go for it (if you have valid paid access to the GM seed).  Be sure to uncheck the Cydia box, though!  Ultrasn0w unlockers should stay very far away from this!!

So if you are feeling adventurous, you can give Redsn0w 0.9.6b2 a go on iOS 4.2 GM release. Supported devices are:

Follow the instructions posted below to jailbreak iOS 4.2 GM release with Redsn0w 0.9.6b2.

NOTE: All iPhone unlockers MUST STAY AWAY from iOS 4.2 until new version of Ultrasn0w unlock is available.

Step 2: Restore your iOS device to the original iOS 4.2 firmware using the IPSW file you just downloaded via iTunes 10.1 Beta 2. 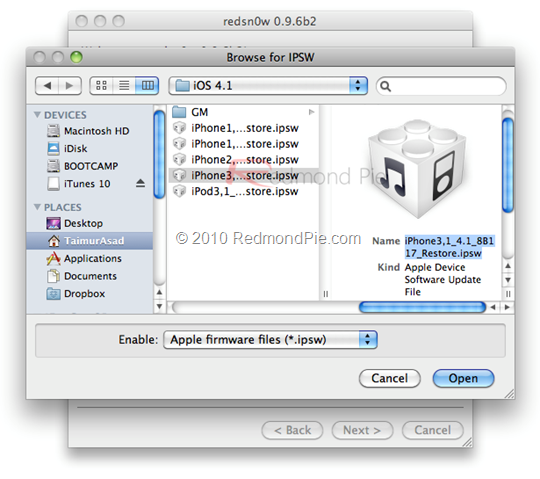 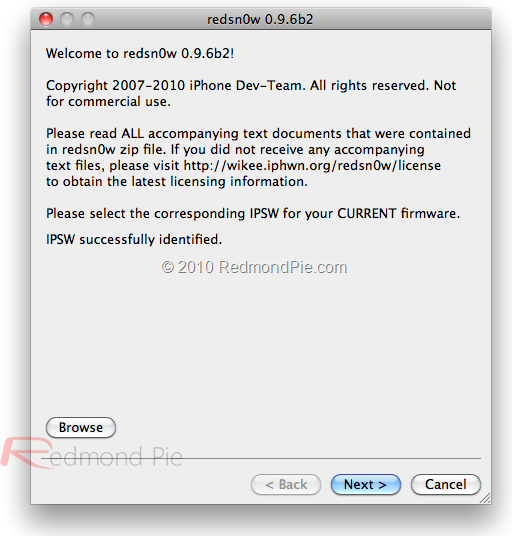 Step 4: Check “Install Cydia” and then click “Next”. You can also select any other option depending on your needs. 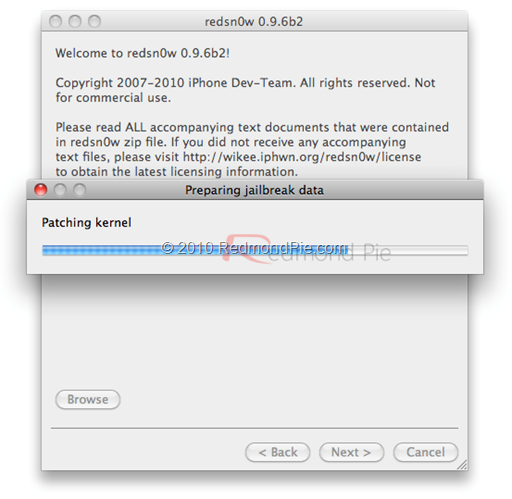 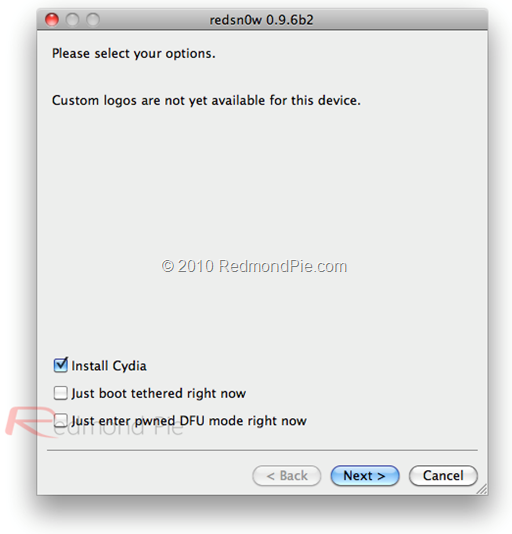 Step 5: Now TURN OFF your device and PLUG IT IN to the computer before proceed by clicking “Next”. 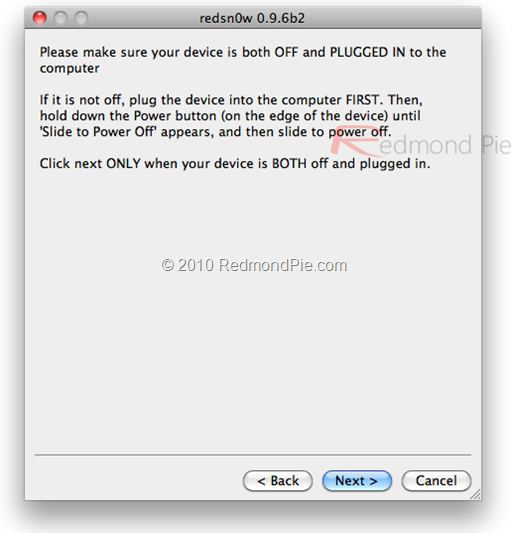 Step 6: Now relax while redsn0w will do all the work. When done, your iOS device will reboot to the jailbroken iOS 4.2 firmware.

UPDATE 1: Ok here is a little update. I have just tried to jailbreak iPad on 4.2 by pointing Redsn0w to iOS 3.2.2 and it didn’t work. So except for the iPad, Redsn0w jailbreak on iOS 4.2 is working fine on all iPhones and iPod touches .

P.S. Apologies for all the harsh watermarking, but it had to be done to combat all the pirates (bad sites) out there.