We’re all fans of statistics here at Redmond Pie. We suspect most of you are, too, which is why iStat 2 for iOS is something you’ll be wanting to try out sooner rather than later.

Put together by Bjango and priced at $4.99 on the App Store, iStat 2 is an updated version of the popular computer monitoring tool going by the name of iStat. Be it monitoring stats of a computer or of the iOS device on which it runs, iStat 2 is every bit the geek tool, making sure that no self respecting fan of numbers will feel like they’re missing out on anything to do with their machine.

Once a server application has been installed on a computer, be that running Windows, OS X or Linux, iStat can hook into that computer and read whatever statistics have been collated. That means that you will have a wealth of information at your fingertips, without ever needed to set foot in front of you machine again. This is perfect if you have a home server running in the basement, for example and a real life saver if that machine happens to be headless. 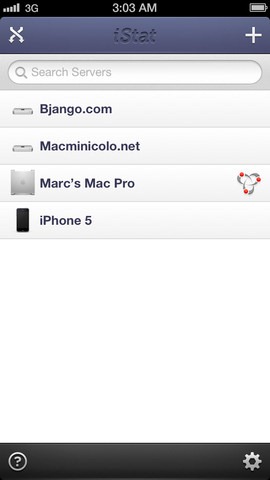 The number of statistics reported are quite mind boggling. Anyone wanting to know things like memory usage, temperature and disk usage will be happy to know such stats are evident. Networks usage and load average are also present, along with a raft of other stats. There’s plenty to be going at, and we doubt very much that you’ll find yourself wishing for anything with iStat 2. Everything seems to be covered, and covered well. 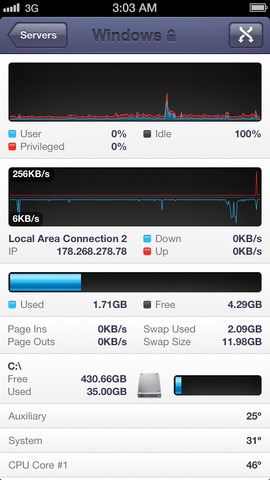 Monitoring of iOS devices is obviously a little less useful than monitoring of a server, but it’s still interesting nevertheless. There are no temperature stats here unfortunately, with fan speeds missing for obvious reasons also. Still, there is plenty to get your teeth into here too, even if it feels a side-feature to the main event.

iStat 2 is available for download now from the App Store, and will no doubt appeal to casual users interested in keeping tabs on their machines just as much as it will appeal to those with more in-depth knowledge. For less than five dollars, it’s well worth the money either way. 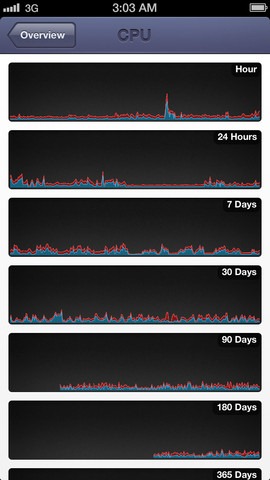 (source: iStat 2 for iOS on the iTunes App Store)