Serial leaker Steve Hemmerstoffer has spotted a document which looks to give away some internal iPhone X details ahead of a product launch.

The leaker has come across a document filed with the Chinese Ministry of Industry and Information Technology’s Telecommunication Equipment Certification Center which provides additional insight into Apple’s upcoming flagship, including an internal 2716mAh battery, which is information that we’ve been privy to for iPhone 8 and 8 Plus, but not for iPhone X, until now.

Apple took its usual stance of keeping its cards close to its chest where an actual internal specification is concerned with the introduction of iPhone X at its September 12 media event. Tim Cook and his executive team generally go through the process of showing off the device’s capabilities and its exterior design, but rarely focus on the actual technical specification in any kind of granularity, which would typically include how much accompanying RAM sits alongside the A11 Bionic chip, or how many milliamps-hour the battery is packing.

This discovery at least gives us a small insight into some of that valuable information. The electronic filing suggests that iPhone X will come with a 2,716mAh battery, which is actually extremely impressive when you consider that iPhone 8 Plus with its much larger body ships with a 2,691mAh offering built into it.

Apple’s 5.5-inch iPhone 8 Plus may be a beast of a device, but it seems that iPhone X actually contains a few power-hungry areas of its own, such as the TrueDepth depth-sensing camera and the fact that both lenses on the rear camera offer Optical Image Stabilization, which would explain why it would need more mAh battery. 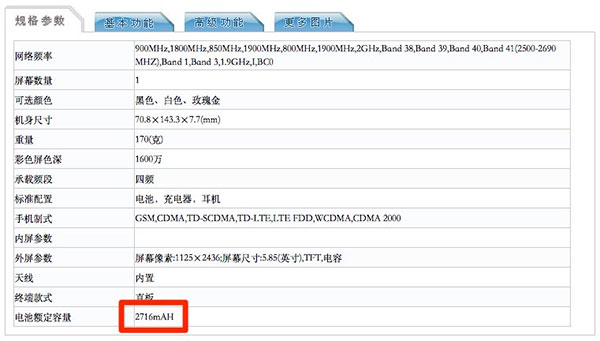 The filed information also suggests that Apple’s powerful new A11 Bionic chip will be clocked at 2.4GHz and that it will be accompanied by 3GB of RAM, which is the same amount found in the iPhone 8 and iPhone 8 Plus range.

It may still be weeks until iPhone X goes up for pre-order, but this little insight into what we can expect from the hardware is definitely an excitement booster.