We have all suffered that anger inducing moment of inadvertently letting go of our smartphone and watching in horror as it crashes to the ground. The whole event usually lasts for a second or two, but feels like an eternity as we wait to see if the fall has caused the dreaded destruction of that beautiful multi-touch display. Imagine the exact same situation, but being forty stories up and watching as your beloved iPhone hurtles toward the ground below it. Oh, and it records the whole stressful event on its way down, too. That’s exactly what has happened to Catalin Marin in Dubai.

If there’s ever been a real-life example of just how durable and well-engineered Apple’s iPhone is, then this life event has to be it. After deciding to ascend 40 stories to look over the beautiful Dubai landscape and capture some video footage, Marin’s beloved iPhone was whipped away by one of nature’s greatest forces; the wind. There’s not a lot you can do when your smartphone starts to tumble down to floor level from that kind of height other than pray to the smartphone gods. 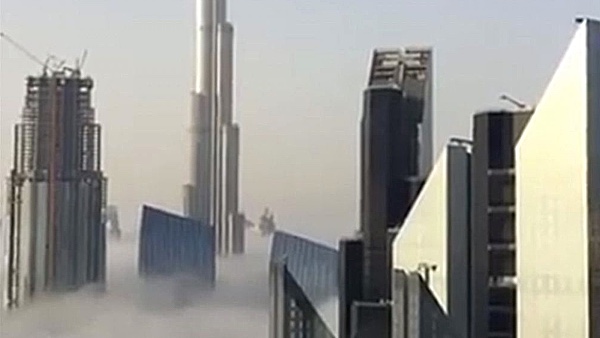 After reaching the bottom of the building, Marin was shocked to learn that not only her iPhone had suffered no physical damage – other than the expected scuffs and bumps – but that it had also continued filming and had captured the whole descent. Like any modern day individual with access to multiple social networks, Marin decided to share the experience and free-fall to Instagram, tagging it with hashtags such as #freefall and #ohno.

We don’t actually know which iPhone model was being used to shoot the footage. Nor do we know if lady luck made it so that the device happened to land on something relatively soft at the bottom of the building, but let’s be honest, it’s still pretty impressive to fall that far and still be fully functional, let alone receive no damage at all. It’s probably worth putting this one down to luck more than anything else before you all go throwing your iPhone off buildings to record the carnage.