If you live in the United States and are planning to get an iPhone 4 or a 3GS, now might be a good time to do it since RadioShack has slashed the pricing of all iPhone models being currently sold. With a new iPhone on the horizon, this is clearly a move to get rid of some excess stock but also provide deal hunters with a great price. 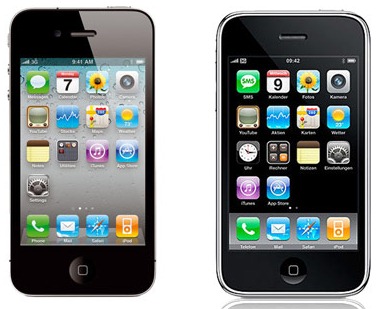 RadioShack, according to what looks like a leaked internal memo, is making steep price reductions on both the iPhone 4 and the 3GS. The latter, which has been selling for two years, will be available for a mere $19.99, down from the $99 it was selling for just a year ago when the iPhone 4 replaced it. Likewise, the newest iPhone is also seeing a modest $30-price cut across the board, with the 16GB model being sold for $169.99 (down from $199.99) and the 32GB model being available for $269.99, down from $299.99. All of these phones will, of course, be tied to a two-year contract with AT&T. 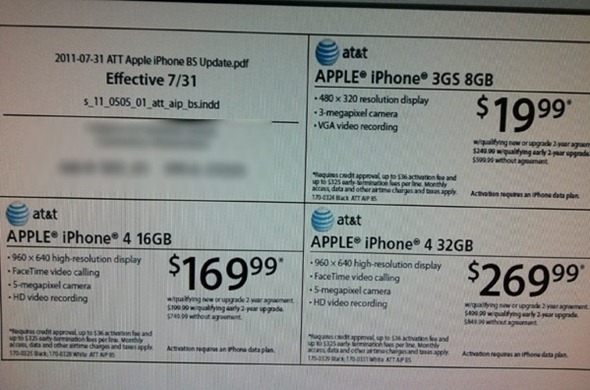 It’s also being reported that Target will conduct similar price drops on the iPhone 3GS and a steeper one on the iPhone 4: $500 off for both the Verizon and AT&T models, leaving the devices starting at a mere $149.99. In addition, the retailer is said to be working on a trade-in promotion for the iPhone 3GS, allowing customers to exchange it for a brand-new iPhone 4 for a reduced price, allegedly $100 off the device’s original price, letting customers off the hook for a mere $49.99.

These are definitely great summer deals, but as with any mindboggling discounts, there’s often a catch: it’s been rumored for a long time now that a brand-new iPhone will be replacing the iPhone 4 in just a few months. While the iPhone 4 will be usable for years to come, it likely won’t be a brand-new device for longer. As for the iPhone 3GS, if you consider yourself an enthusiast, we’d advise you to avoid it, since said phone has already been around for over 2 years, is significantly outdated and is likely to be completely pulled off the shelves within just a few months. If you don’t expect much out of a phone, you should be fine getting either one of these, but keep in mind that retailers aren’t stupid: the only reason both Target and RadioShack are cutting prices on such a sought-for device is to clear out stock it won’t be able to sell for as much money in just a few months, in order to make way for a future iPhone.