Could it be possible one day that we can play iPhone / iPod touch / iPad games on our TV? While the idea is pointless, considering how all it you’re really going to be playing relatively archaic casual games on an expensive set up, it is expected to become a reality real soon. 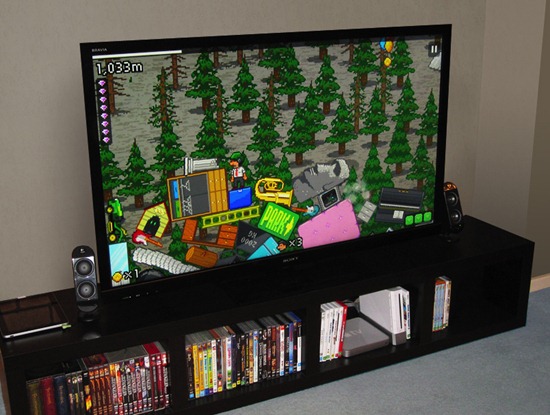 Developer of the popular iOS game The Incident has published a blog post where he shows his game being being played on an HDTV. It works by pairing the iPhone / iPod touch with iPad and then connecting the iPad with the TV. The smaller iOS device works as the controller and the iPad as the “console”.

This is a beta of The Incident 1.3 running my TV. Here’s how it works:

And that’s it. You never have to get up to touch the iPad. You do everything from the controller. It works great.

The real question is how he managed to make the iPad connect to the TV since iPad Dock to VGA adapter is extremely limited and only works for certain apps. We’re hoping he’ll answer our burning question soon. [TechCrunch via Big Bucket Blog]