iOS And Android Devices Are Being Adopted Quicker Than Any Other Piece Of Technology, Report Claims

A quick glance at any social network, technology blog or even the man in the street will show that smartphones are big business and gaining traction rapidly. Everyone seems to have either an iPhone or an Android phone these days, and mobile analytic firm Flurry has done what it does best – take a lot of numbers and extrapolate them into an interesting collection of facts.

Those facts, according to Flurry’s report, suggest that both iOS and Android smartphones are being adopted at an alarming rate. In fact, people are snapping up the two different types of advanced smartphone quicker than any other piece of consumer technology yet.

The reason for the impressive growth is the fact that smartphones are currently selling like hot cakes across multiple markets. No longer are we seeing huge sales in the U.S. and Europe alone, but other continents are also apparently unable to get enough of the mini-computers that we all carry around with us every day.

So what do iOS and Android phones currently outpace? Well, according to Flurry, they are growing 10 times faster than the 80s PC revolution, twice as fast as the 90s internet boom and three times as fast as any modern social network. That’s impressive stuff indeed. 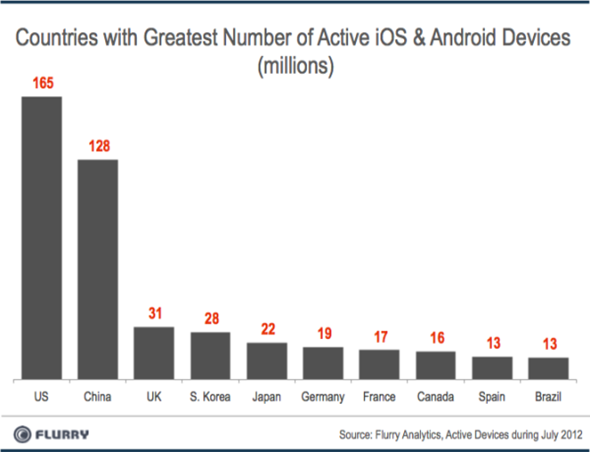 Based on Flurry;s claimed 90% detection rate, that means that "640 million iOS and Android devices were in use during last month alone." Mind boggling numbers in anyone’s book, even before you throw in the worldwide recession that we are all very much in the middle of.

Flurry has been putting figures like this together for quite some time now, and we have to say they have been pretty spot on in the past. Granted, we’ll never see 100% accurate figures for this kind of thing, but Flurry is about as good as it gets in this game. 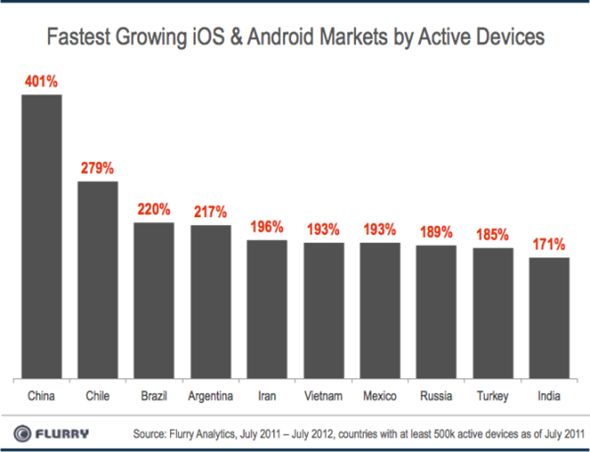 While the argument over whether iOS or Android is the dominant operating system in the mobile space will continue to rage, there is no doubt that the pair completely outshine the competition, as these figures suggest.