Apple is pushing closer to its aim of building of a unified, cloud-centric system that does away with the traditional OS X file system, according to sources of 9to5Mac. The fruit company’s long-term goal with iCloud, which has become an integral part of its apps and services over the past few years, is to create a system whereby devices seamlessly integrate with one another, and with some new iCloud apps for iOS on the horizon, the iPhone maker is making good progress in its quest to achieve this.

Along with the iCloud apps for the mobile arm of its two major operating systems, Tim Cook’s men are also prepping some significantly improved developer tools, which are said to make it a great deal easier for devs to create and integrate their services and apps into the cloud.

Although we’re not expecting Apple to go so far as Google has done with ChromeOS, the search giant’s system – and the way that it, in places, fluidly links up with Android via the cloud – offers at least a vague analogy of what the Cupertino company is aiming towards. By having so much tied in with the cloud, devices will share information in an automatic fashion, negating the need for constant connectivity, and while we can already see traces of this integration throughout the Apple product roster, the company now looks to be making a concerted push towards its target.

For example, Apple is said to be in the process of creating iOS-friendly versions of Preview and TextEdit, and will, according to 9to5Mac’s source, allow iOS users to view Preview and TextEdit files that OS X has stored in the iCloud infrastructure. Much like Google Drive, which takes the recognized file-browsing experience to the cloud, Apple’s OSes will be heavily tied to iCloud, in turn bringing a stronger sense of parity between both OS X and iOS. 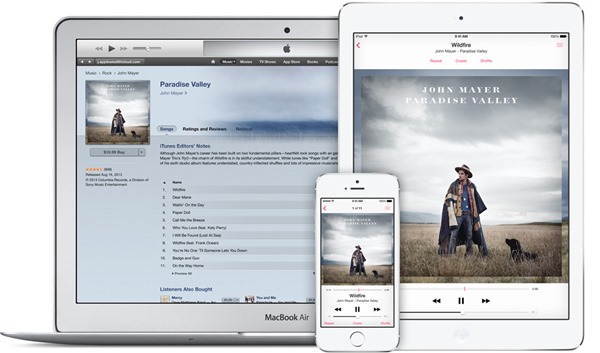 Much has been made of the so-called ‘iOS-ification’ of OS X, but while apps and features have been regularly switching between the company’s two major platforms over the past few years, it’s all just groundwork for what will, at some point in the more distant future, become one unified Apple OS.

Whether the new software or the more robust set of developer tools will be ready for iOS 8 is, as yet, undetermined, but we’ll certainly learn more as this year’s WWDC draws closer.