Although us geeks (yes, I’m dragging you in, too) will be more than familiar with iOS 7 and its features and characteristics, most of the general population will be in for a shock when they begin to update their devices to the fruit company’s latest and greatest firmware. Aesthetically, the differences is like day and night, and with this in mind, it stands to reason that many might feel a little bamboozled upon applying the update. As such, Apple has added the iOS 7 user guide to the iBookstore, which can be downloaded right now free of charge.

Of course, much has been made of the new user interface, which has been essentially flattened out and brightened up by Jony Ive and his creative nous. Some love it, some hate it, but no matter which side of the fence you may reside, it’s evident that, in order to use an Apple device in the coming years, you’re going to be seeing more and more of this new design ethos. 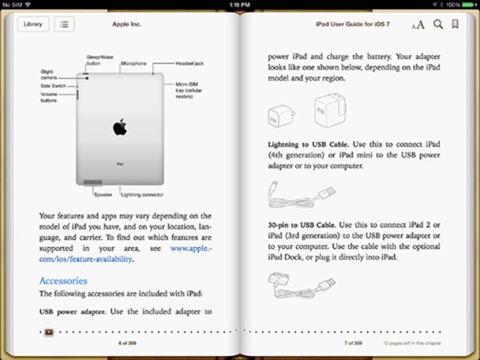 But hey, as we all get carried away by iOS 7’s new look, it’s important to remember that the alterations are not merely skin deep. Apple has also taken the time to tweak and enhance existing features, while also adding some completely new ones to the party.

For example, the cap on folders, which have hitherto been restricted to just twelve apps within each, is now relaxed, allowing users to better organize their personal pick of the nigh-on one million apps now available over at the App Store. Previously, one could only enjoy folder flexibilty by means of a jailbreak, and with Control Center, the hub of all important toggles, also rendering the SBSettings tweak basically obsolete, the pressure on the jailbreak community to come through with that untether should be less so than before. 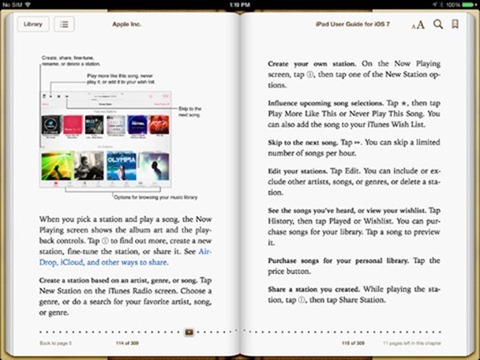 But I digress; the iOS 7 user guides are now available over at the iBookstore, and although we can only currently see the iPad and iPod touch versions, an iPhone user guide for the new OS will follow on in due course. 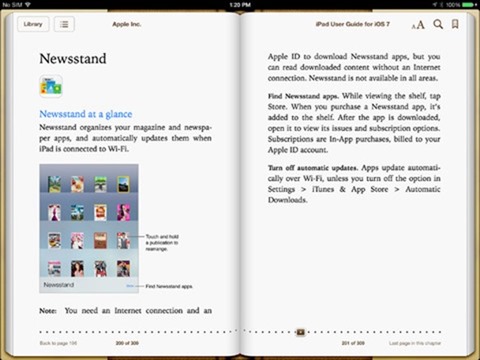