iOS 4.3 Untethered Jailbreak To Drop “Before The Next Weekend”

iPhone security expert and hacker Stefan Esser has now provided an ETA for his untethered jailbreak tool for iOS 4.3. According to the updated YouTube description of his video, he is going to release it as soon as next week. 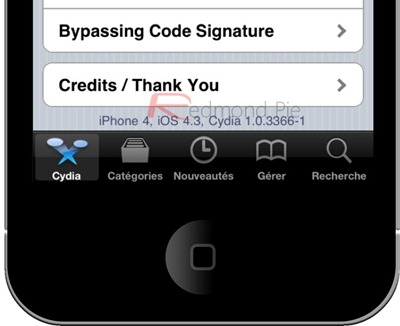 The jailbreak uses a *UNDISCLOSED* exploit in the iOS Kernel. Installation is similar to previous iOS versions which means you require a bootrom exploit (or something else) to install it in the root partition.

Because there is no public bootrom exploit for the iPad 2 at the moment it will not work for now.

However the jailbreak can be made compatible with all devices that are vulnerable to the limer4in exploit and that are supported by iOS 4.3

Because of several changes in iOS 4.3 in comparison to iOS 4.2.1 the jailbreak is NOT READY yet. That is what the *ALPHA* means. I need some time to check what kernel patches are actually required to work 100%ly.

However I recommend the dev-team or chronic-dev to first release a *tethered* iOS 4.3 so that everyone can test if their nice feature actually work. I guess most people require Mobile Substrate to work and AFAIK it does not work due to ASLR. It would be a waste if Apple kills an untethered jailbreak before Mobile Substrate works.
That said I will release the jailbreak when a) there is no other untether by the time I am finished b) if MobileSubstrate works.

Any report that I wait for iOS 4.3.1 is just a misinterpretation of my words.
I merely think that Apple should release a iOS 4.3.1 soon, because it is in their interest to not wait for several months when everyone knows that there is a remote exploit in MobileSafari that might have leaked during the #PWN2OWN contest.

Check back in the next days for more information about when and where you can get it.

DO NOT LET YOURSELF GET SCAMMED BY ALL THE OTHERS TRYING TO SELL YOU THIS EXPLOIT. IT WILL NOT LEAVE MY HOUSE BEFORE IT IS FINISHED.

Because so many people are asking for an ETA:

I am pretty sure that the untether will be released before the next weekend. I was using older kernel patches that caused lagging on the jailbroken device. I will change that and then port it to the other devices and release.