If You Must Take Photos At A Concert, Then Please Use This iPhone App Instead

If you’ve a concert-goer, then you’re no doubt already acutely aware of one problem that has cropped up over the last ten years or so. In fact, we’d say it’s only really come to our attention since the iPhone arrived in 2007.

We are, of course, talking about the use of the smartphone to take photos at concerts.

Now, don’t get us wrong, we absolutely have no problem with people taking the photos as such, after all, they paid good money to watch the gig, and it isn’t a bad idea take home some memories of it. What really annoys us though is the fact that all we can see is a sea of brightly-lit screens because everyone had the same idea of using that humongous phablet to take a photo. It’s annoying, that’s what it is. 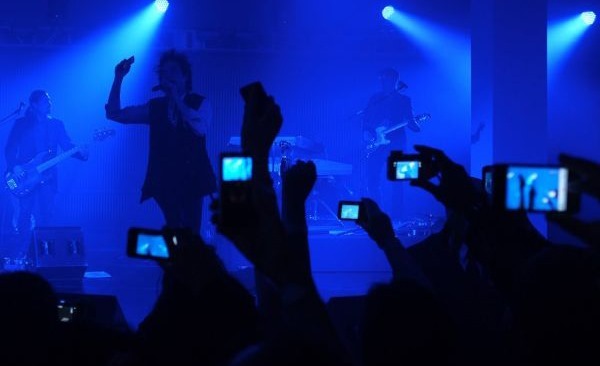 One app for iOS is aiming to change all that. Kimd is a camera app for iPhone like no other, because instead of cramming feature upon feature into the app, its developer has instead given it one secret weapon to rule them all. We’ll stop just shy of calling it genius, but Kimd will darken your iPhone’s screen as soon as you launch it, meaning those stood behind you won’t be instantly blinded by it. Those in-front won’t either, because your flash will be automatically disabled as well. Even quitting Kimd won’t make your phone light up, because it’ll keep your screen dimmed even in other apps until you put your phone into standby and then wake it back up.

Oh go on then, we’ll call it genius after all. 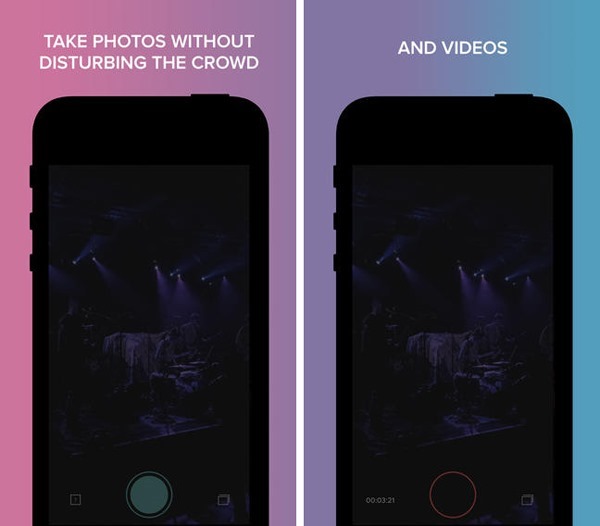 The dimming of your screen obviously has one major problem, and that’s the inability to see the UI. Kimd gets around that by having a single tap of the screen – anywhere you like – take a photo. Pressing and holding for three seconds starts a video recording. It’s so simple, yet so clever. And importantly, your fellow concert attendees won’t want to lynch you.

That has to be a good thing, we’re sure you’ll agree. 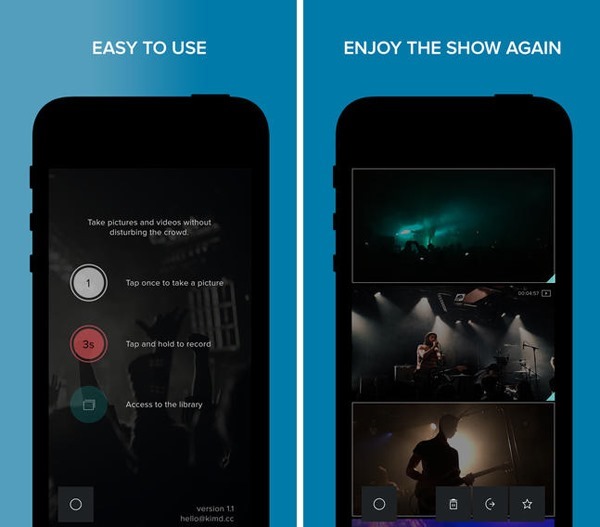 (Download: Kimd – Concert camera for iPhone on the App Store)