Humor: Here’s An Alternate iPhone 5 Keynote In Which Tim Cook Announces… Nothing [VIDEO]

Whilst the big technology companies are, to a degree, responsible for shaping the world we live in, they do often take themselves just a little too seriously, and Apple is certainly the best at it. Yesterday was another procession filled with superlatives and self-congratulation, and if you find that rigmarole just a little tiresome, then you’ll certainly enjoy CollegeHumor’s version of the keynote, held yesterday at the Yerba Buena Center for the Arts.

Actor Christopher McDonald plays Apple CEO Tim Cook, and if you think you recognize him but aren’t sure where from, he’s most famed for being Adam Sandler’s nemesis in Happy Gilmore, in which he had brown hair, and he also had a leading role in Requiem For A Dream. 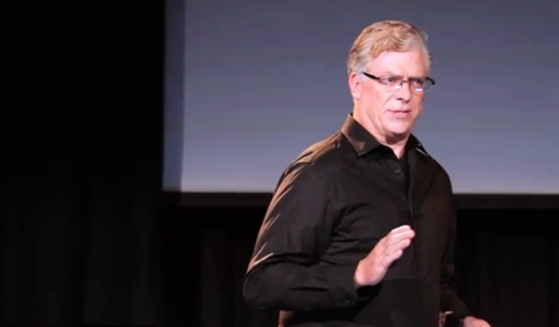 CollegeHumor’s parody video is entitled “Apple Coasting Keynote,” and in it, “Tim Cook” announces, well.. nothing. He decides Apple has enough of our money, and so Apple will simply remain “coasting” for a while, something he feels his company deserves.

I did find the clip pretty humor-inducing, and particularly enjoyed the “sleep, family time, and golf” quip made in reference to something the late, great Steve Jobs mentioned at a real Apple keynote all the way back in 2007.

At the very end, the archetypal “one last thing,” which, incidentally, we didn’t see yesterday, was the revelation that Apple had bought the big G. As much as I enjoy Apple’s products, it would be disastrous if the Cupertino’s closed-source mindset was our only hope, and despite finding Android a little less enjoyable to use than iOS, I’m certainly grateful it’s out there competing, and offering a more flexible, customizable ecosystem for those of us discontent with stock features.

What do you think of the video, does it echo your sentiments with regards to yesterday? Or do you feel Apple really delivered the goods with the new iPhone, iPod touch and iPod nano devices?

Even if you’ve not made up your mind about whether the new iPhone lives up to the hype, to describe Apple as “coasting” would certainly be a tad on the harsh side, but however you feel, please do leave your thoughts via the usual mediums below – it’s always nice to hear from you!