For HTC and Android enthusiasts everywhere, the HTC One, previously known as the HTC M7, has been a great source of excitement over the last few months as more information leaked onto the Web almost on a weekly basis. At last, the new phone was announced at two simultaneous events in both London and New York, confirming many of the previous leaks and rumors.

HTC’s new flagship phone sets new standards for the company, for both external and internal hardware. Unlike most of its previous phones, the new smartphone uses aluminum and glass as its main materials for its new unibody design. The HTC One features a 4.7-inch super LCD 3 display, capable of 1080p output and protected by the ultra-strong Gorilla Glass 2, a quad-core Snapdragon 600 processor running at 1.7 GHz, 2GB of RAM, a 13-megapixel “UltraPixel” camera, 2,300mAh battery and two generous storage options: 32 or 64GB. The new phone is powered with Android 4.1.2 Jelly Bean. 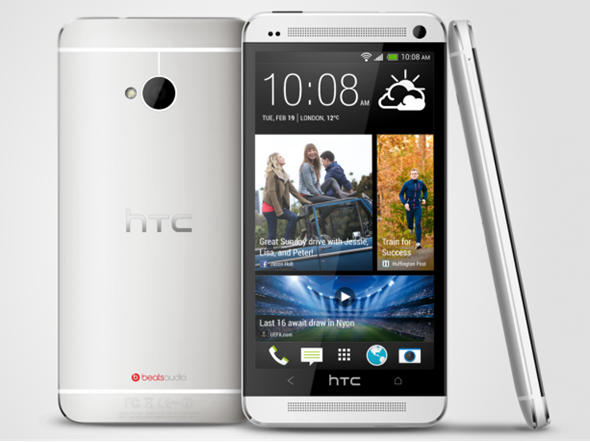 Despite a slim design, the new unibody construction manages to cram a 2,300mAh Li-polymer battery, 802.11 a/ac/b/g/n Wi-Fi radios, Bluetooth 4.0 and NFC. There are also speakers with built-in amps, as well as a beefed-up camera branded as HTC UltraPixel that is capable of gathering 300 percent more light than a standard smartphone camera, suggesting that HTC will market this device, at least partially, as a multimedia powerhouse.

There are also several software innovations worth noting. BlinkFeed is a new home screen, which features a customizable live stream of information that is relevant to the user, such as social media updates, news and photos, removing the need to launch separate applications in order to glance through frequently updating information. For news, BlinkFeed, will gather content from 1,400 well-known media sources.

More interestingly, the HTC One is powered with an IR blaster, integrated into the power button, allowing the smartphone to act as a remote for most TV’s and set-top boxes. In addition, HTC Sense TV, a new app built into the device, acts as an interactive program guide. To compliment the brand new hardware, the HTC One runs on top of HTC’s Sense user interface, which now sits at version 5 with tons of new refinements over previous releases.

The HTC one will be available beginning in March, from 185 mobile operators across 80 countries, including AT&T, T-Mobile and Sprint in the United States.