Root Google Nexus One on Android 2.1

Google Nexus One phone has been rooted already even before its official release to public. Paul over at Modaco forums has managed to successfully root his Nexus One, running the latest Android 2.1 version on the said device. He has cooked a custom ROM for Nexus One with the method, which he is referring to as Superboot. 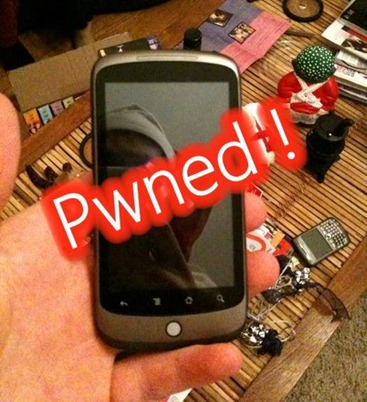 Rooting your phone will give you full access to the file system on Nexus One. This will enable you to modify the phone’s firmware to whatever you want to have on your phone like themes, apps and custom ROMs just like you do on the jailbroken iPhone.

You can follow the step by step guide posted below (on your own risk) to root the Google Nexus One phone. We are not to be held responsible if you ended up bricking your phone.

Step 1: Download the Superboot.zip file and extract to a directory.

Step 2: Put your device in bootloader mode – turn if off, remove battery, plug in USB cable, when battery icon appears onscreen, replace battery then tap the powerbutton while holding the Camera key.

Google is expected to unveil the phone to the public in the upcoming Android event to be held on January 5th, at its Headquarters in Mountain View, California. [thanks to Dave for the tip!]