How To Make, Receive, And Record Your Smartphone Calls From Your Mac [VIDEO]

Not so long ago, a computer was a computer, and a smartphone was a smartphone, but as the digital boom has continued to make strides, we’ve seen many a feature cross platform to ensure a more streamlined overall experience to the end user. Recognizing that checking one’s device constantly whilst at the desk can be somewhat counterproductive, developers have sought to find ways to bridge the gap, bringing seamless controls of certain mobile features without the need to look away. Dialogue, a new app for OS X, follows this motif to the book, allowing you to control your smartphone while using your Mac.

Not only is it light and rather easy on your resources, but it has its fair share of great little features to boot. Not only can you make calls using the app, but you can also record them, so if you’ve any important correspondence to which you may wish to refer back to later, you can save the file right on your desktop. Cool? We think so. 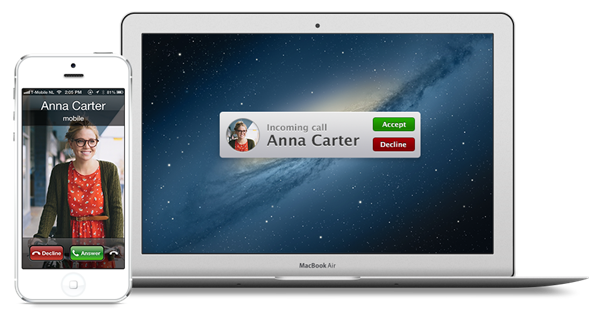 In essence, the app is like an extension of the Skype idea of making calls through a computer, but while you can usually get away with Skyping using your machine’s default mic and speakers, the makers of this app, Zebraa, suggest you’re probably better off buying a pair of headphones with a built-in mic for optimum performance. 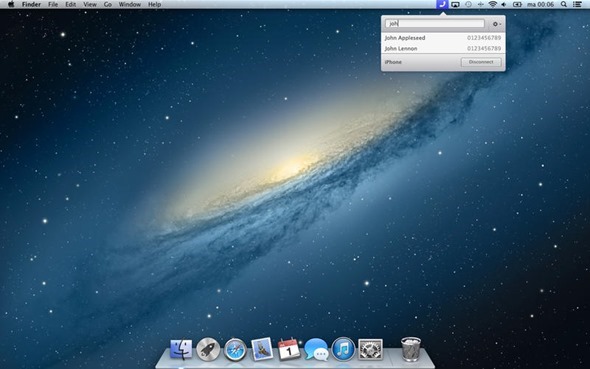 The app is still fledgling, so does have its fair share of kinks that still need working out. As well as a slightly sub-par in-call performance, there are also some issues with contacts, which need to be synced to the desktop rather than being seamlessly plucked from iCloud. It’s not that much of a big deal, mind, and the app is still relatively usable even with these shortcomings. Also, Zebraa will be amending the problem in forthcoming updates, so for an initial release, the overall experience certainly isn’t bad going. 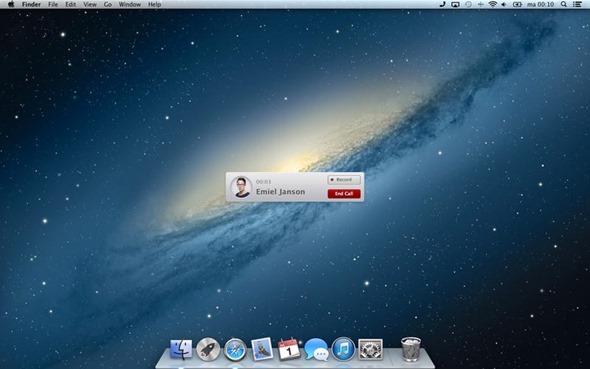 At just $6.99, it’s well worth a shot, particularly if you’ve been waiting in the wings for this kind of solution. If you don’t like apps that run like they’re still in beta, you may wish to hold off until the expected improvements are made, but for overall usefulness, Zebraa has the calling-from-the-desktop thing licked. And yes, it doesn’t just work with the iPhone; it does support many Android and Windows Phone devices out there.

(Download: Dialogue for Mac on the Mac App Store)