How To Install And Run Android 4.0 On Mac, Windows PC Or Linux [Tutorial]

The mobile smartphone and tablet industry seems to have a very prominent divide, with a lot of consumers having their favorite operating system and choosing to stick to hardware which is powered by their chosen OS. Obviously fans of Apple’s iOS use the iPhone and iPad devices, whereas Android lovers have a wide range of hardware to choose from due to the fact that the OS is available to multiple manufacturers.

But what happens if you are a die hard fan of iOS, or Windows Phone but you still want to sample the delights that Android Ice Cream Sandwich has to offer? I personally am an iPhone user for the last five years and will continue to be for the foreseeable future. But after recently getting my first taste of Android, I am severely tempted to shell out for a second device so I can have the benefits that both provide. For those that can’t, or won’t, purchase a second device then why not run Android 4.0 in virtualization on your desktop or laptop in order to see the Ice Cream Sandwich experience first hand? 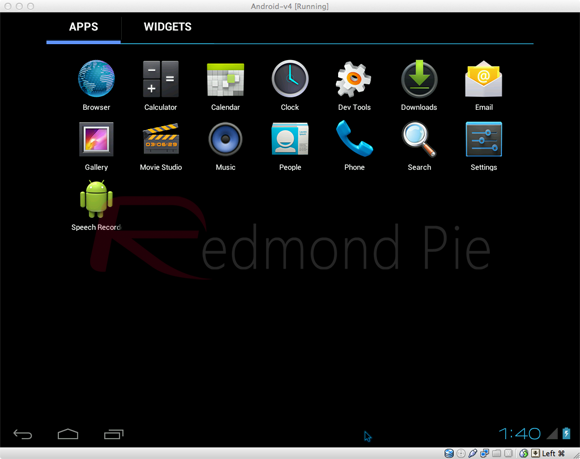 Android 4.0 is an operating system in its own right, but instead of running on a dual boot setup, we install and run ICS within a free of charge virtualization application known as VirtualBox. VirtualBox runs like any other application or program on your machine, but offers the benefits of being able to install a secondary OS within it which can be invoked quickly by the user. For all those die hard iOS and Windows Phone fans out there, this is a perfect way to experience the delights of Android.

Are you ready for a whirlwind journey down Ice Cream Sandwich lane? Buckle in and follow the simple steps below.

Step 2: Find the saved location of the downloaded VirtualBox binary and install as you would with any other native application making sure to follow all on screen prompts and instructions.

Step 3: Head on over to the VMLite website and download a copy of the Ice Cream Sandwich which has been preconfigured for virtualization and features seamless mouse support for navigation. The download weighs in at 88MB in size so may take a while to download depending on your connection.

Step 4: Locate the downloaded ‘Android-v4.7z‘ file and extract the contents from within.

Step 5: Once the Android-v4.7z file has been opened, locate a file from within the archive called ‘Android-v4.vbox‘ which as you can tell by the file extension is a pre configured VirtualBox file. 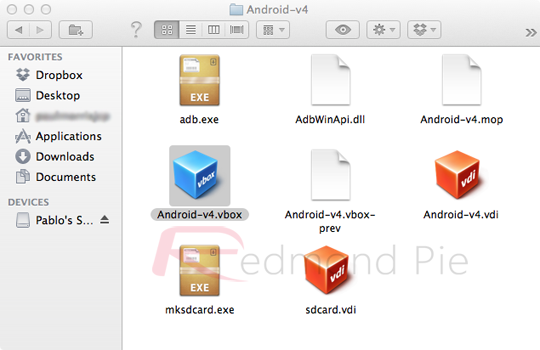 Step 6: Double click on the Android-v4.vbox file which will load the VirtualBox application and boot up the ICS file. 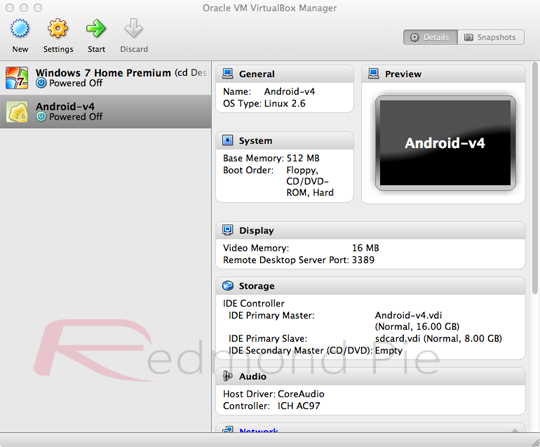 Step 7: When the boot menu is presented in VirtualBox, press ‘start‘ on the top toolbar and then if required select the ‘Android Startup from /dev/sda‘ option.

Step 8: All steps are complete. Android 4.0 ICS should now be booting up allowing you to enjoy that Android goodness. 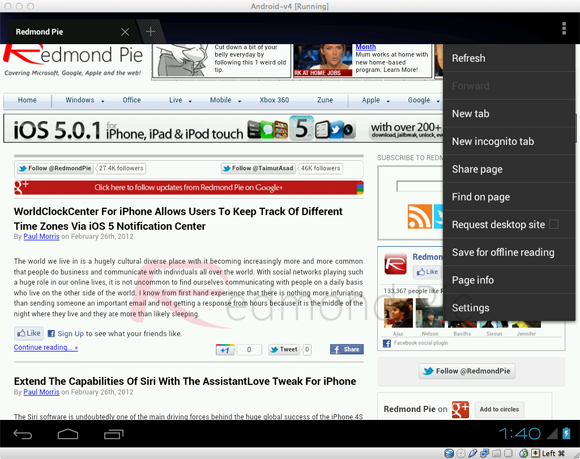 Windows and Linux users may find that an alternative, specific version Android 4.0 may be required, which can be found by visting the Android-x86 page. The performance of the Android ICS virtual installation will obviously not be as smooth as intended on an actual device built for purpose, but it does give a feel of the OS with apps being able to launch as well as widget customization.