How To Find iTunes Movie Discount Deals The Easy Way

Fox, one of the largest movie production studios in the world, has made available today a new app for the iPhone and iPad that will allow movie aficionados to grab Fox’s titles at a massive discount, through the iTunes Store. The app, launched at the iTunes App Store today, is dubbed “Movie of the Day!”, and offers one movie for up to 70% discount for a period of 24 hours, with a new title being available every day.

The movies going on discount would range “from blockbusters to acclaimed indies, and everything in between.” For the launch day, the title that you can grab at 70% off is X-Men: First Class, which is being sold (digitally, of course) for $6.99 at the moment, from the original $14.99 that is usually costs. Fox hasn’t officially announced what the next titles in the line would be, although screenshots available indicate that we might see Fight Club and The Fault In Our Stars coming up soon. 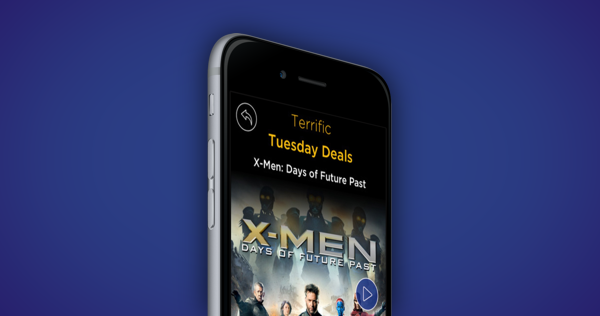 Other than the movies being sold at discount, the app also lets you read up some basic details on the movie, including synopsis, cast details, user reviews etc. At the moment, Movie of the Day! is available in the U.S., Canada, UK, Australia, France and Germany. For now, it’s available only for iOS devices, but Fox has indicated that it will expand to other content stores (such as Google Play) in near future. 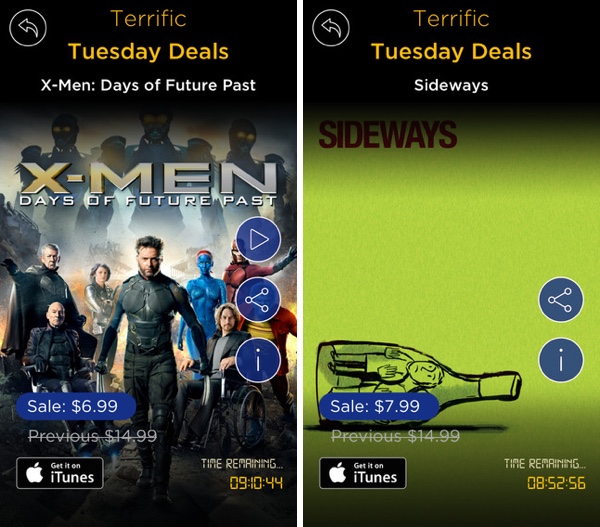 An app such as this is a great way for anyone looking to expand their digital movie collection at attractive prices. Fox is one of the largest publishers out there, so it’s likely that a lot of people would find something to their liking. At the same time, however, since the movies are being sold through iTunes, that poses a drawback for people who are principally opposed to Apple’s walled garden of content – you cannot really watch iTunes-purchased content on a non-Apple device thanks to DRM protection. However, if you’re already invested in the platform, it’s an added benefit. 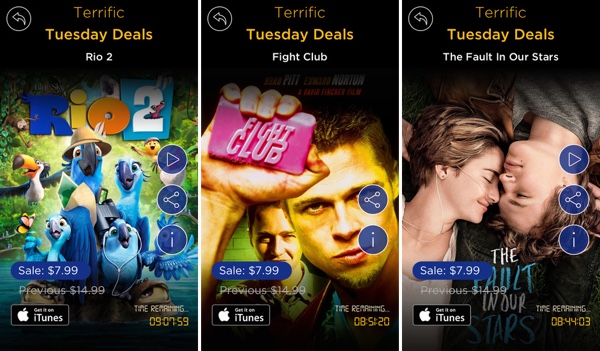 It should be noted that all discounts being offered are available only through the app, and should you search for the title being offered in iTunes otherwise, you’ll have to pay the full price. Since it’s a free app, you might as well download it and keep it in there, just in case.

(Download: Movie of the Day! for iPhone on the App Store)