For a power user of any software or operating system, the first logical destination is settings or preferences, which essentially tell you all that you can do with the said system. Most of the times, however, a software is not targeted specifically at power users; in fact, most of the times, it’s quite the opposite, that the program will be intended for average users and hence, the preferences available will cater to that audience. The end result is a lot of power options staying hidden, in order to prevent undesired changes. They’re there, but they’re just not readily accessible to everyone.

OS X Yosemite, like the ones before it, has a rich preferences panel, but there are certain options that are hidden in that, too. Apple has always held the notion that the “safer” a system is in terms of customization, the lesser the stability problems that users might potentially come across. That’s great for a casual user, but what if you know what you’re doing, and are frustrated by OS X’s lack of ability to, say, change the default screenshot capture format. Enter TinkerTool – an OS X Yosemite app that basically unlocks the native hidden settings in Apple’s operating system, allowing you to tweak your Mac to your liking at a much higher level. 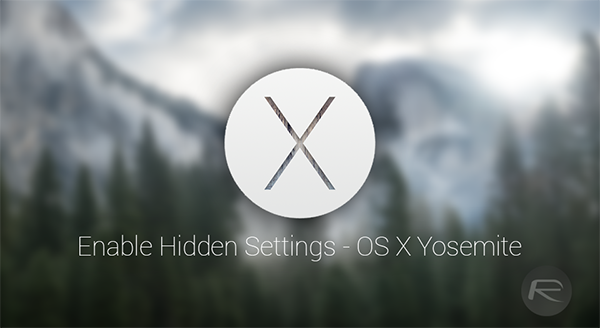 TinkerTool doesn’t really add or execute any options of its own. All it does is present the hidden, advanced settings in OS X in a separate interface. Different preferences for different areas of the OS are divided into their individual tabs at the top of the application, and include categories for Finder, Dock, General, Desktop, Applications, Fonts, and a few others for you to play around with. 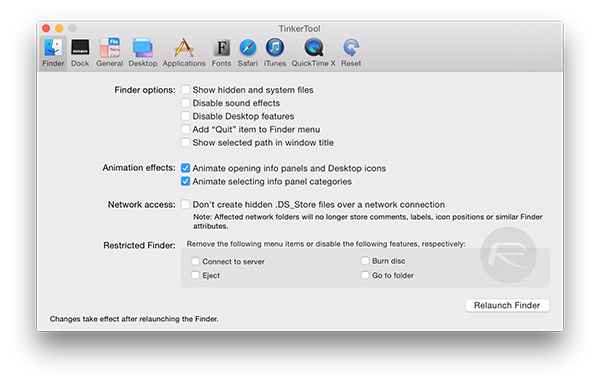 The hidden options include the likes of aforementioned screenshot capture format change, repeat keystrokes, changing the dock’s look and feel, adding and removing options from OS X Finder, overriding Safari’s font settings, and quite a few others, which, in the interest of space, cannot be listed here in their entirety. There’s a lot to explore in there for power users, so it’s definitely worth a try. 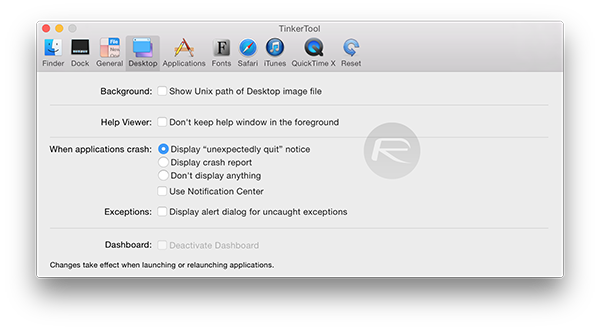 TinkerTool offers a handy revert feature as well, which will essentially restore things back to default should something go wrong. 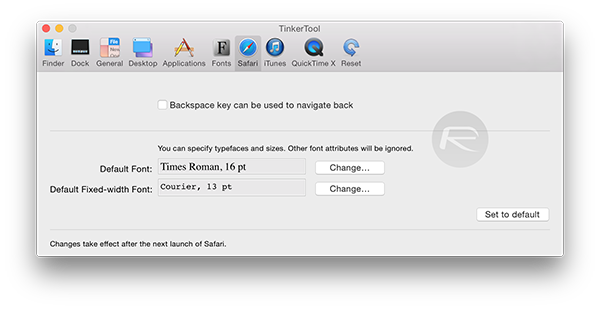 The app is available for free at the link below, and weighs in at a mere 4.0MB. It goes without saying that TinkerTool is aimed specifically at power users, and you’ll be better off without it if you don’t feel you belong to that category.