You have a fantastic chance of dressing your Apple Watch in a Milanese Loop band for as little as $4.49 today thanks to this deal from Penom.

The Apple Watch may not have turned into the huge fashion icon that Apple had originally hoped that it would, but after pivoting to a more health focussed angle the wearable has found a home on many, many wrists around the globe. That attention on fashion still remains in the fact that the Apple Watch offers an easy band swapout, and that in turn means there are lots of bands to choose from. We have a deal on a Milanese Loop in various colors that we think you’re going to love. 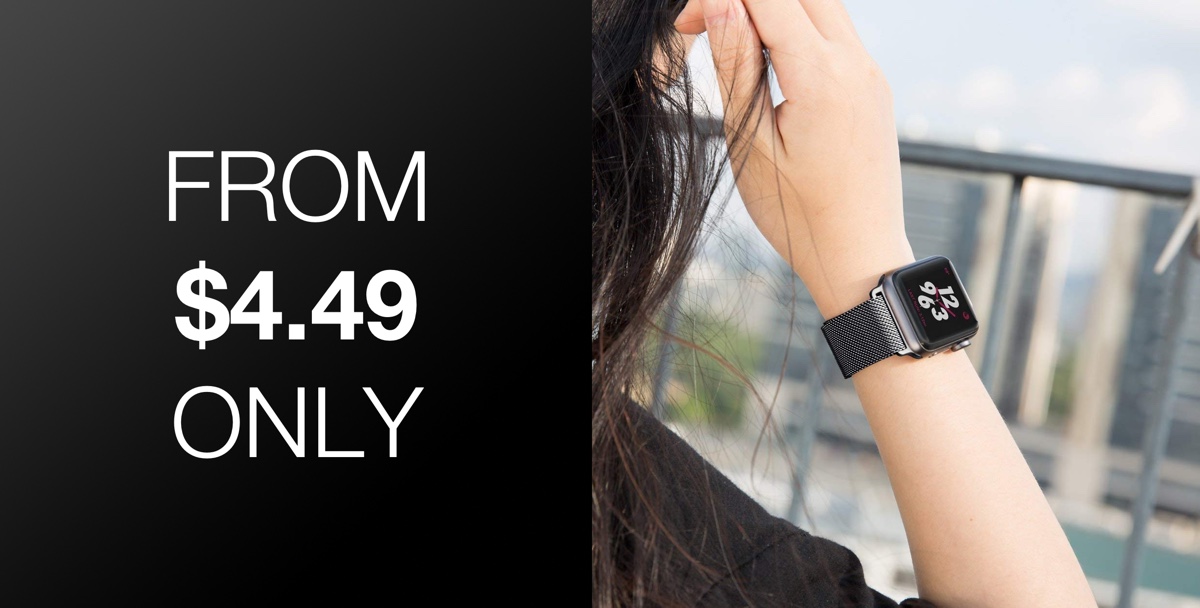 The deal we’re talking about is for the Penom Milanese Loop, a band that can be used on any Apple Watch in existence. It’s available in no fewer than six different colors and comes in 38mm, 40mm, 42mm, and 44mm options. Make sure your order the size that fits your Apple Watch, and away you go.

We’re probably a bit old and boring to choose one of the louder colors, like gold, but if that’s something you can pull off then more power to you. We’re more likely to choose the black or, at a push, something like the Space Gray option. We’ll leave the color decision up to you though.

Just remember to enter that discount code when checking out to get the new, lower price otherwise you’ll end up paying the full MSRP, something which you don’t want to do, obviously.