The iTunes App Store is packed to the gills, featuring thousands of great (and not so great) apps and games. With such a high volume of content available, users must take advantage of the various methods of finding the best, most interesting or most popular. But while those high on the most-downloaded lists are bound to be heavily-used, one ethically questionable Chinese firm demonstrates how even download / install stats can be manipulated.

This is one of those stories that we’re not sure whether to applaud the tenacity or question integrity, but one company in China is completely exploiting the App Store’s automated rating system and charging app development firms a hefty sum for its services.

As you can see from the image below, which, by the way, has not been authenticated, one of the company’s worker sits in front of a whole stand of connected iPhone 5c devices. As per a number of admittedly speculative reports, the lady in question is tasked with downloading and installing apps in large numbers, and this, in turn, helps authors of said apps reach the dizzy heights of the App Store’s Top Ten. 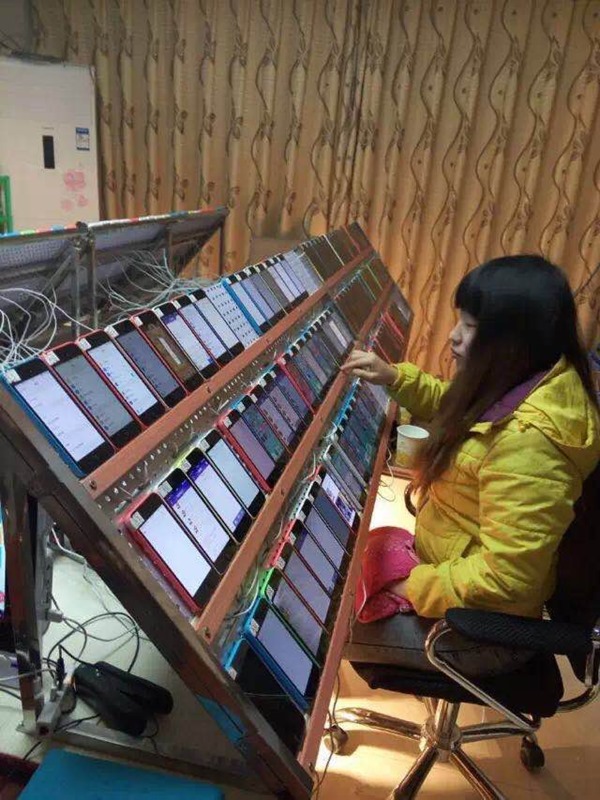 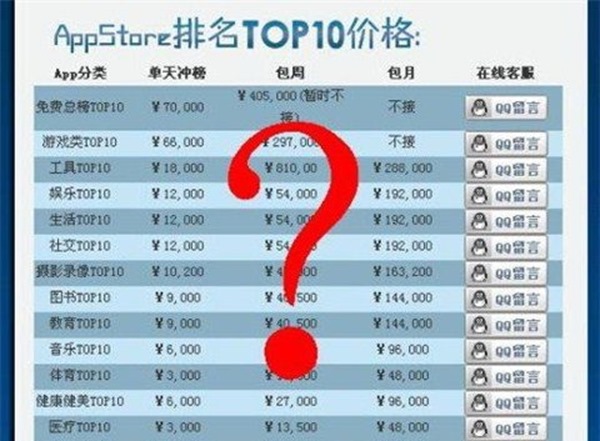 Most of us have, at some stage when browsing the Web on iOS, been thrown over to the App Store download page of a heavily-sponsored app, but while we tend to ignore these companies and their spammy tactics, we are led to believe that App Store ranking analytics are completely sincere.

There are said to be many companies practicing this behavior in China, and those considering utilizing such tactics to gain app traction will need to have plenty of spare cash lying around. Another image doing the rounds on Chinese social media gives an indication on pricing, and it’s not cheap.

At a time when e-commerce companies continue to grow in popularity, it’s not surprising that some regions have been inundated with services like this, although one suspects that Apple won’t be too impressed to learn of such practices taking place.