Google will be bringing Street View to its mobile web app within two weeks, according to The New York Times’ David Pogue. The note was plucked from a report in which Pogue spoke of Apple’s problematic new Maps offering, and although the mobile web app hasn’t been such a hot topic in the past (mainly because the two main mobile ecosystems had native apps), Apple’s poor first attempt in the Maps game has left Apple scrambling to remedy the problem.

Although Tim Cook’s company has removed Google Maps from the iOS home screen, those of you using iOS 6 can still (sort of) reinstate Google’s offering by navigating to maps.google.com. From there, saving a home screen icon will stand you in better stead than using Apple’s altogether poor effort.

Using the web app will only get you so far, though, and if you’ve enjoyed using Street View in the past, you’ll be pleased to know it’s coming to the web version very shortly. It’s almost as if Apple performed no market research before swopping the apps around, and the lack of a re-branded Street View is just a footnote on a long list of shortcomings with Apple Maps. Yes, the 3D Flyover, which has been implemented courtesy of Apple’s work with C3 Technologies, does look rather nice, but it doesn’t revolutionize anything. It doesn’t really bring anything in real-world use. It just, well, looks rather nice.

Street View is the tried-and-tested method of finding the exact point of destination, and by adding the feature to the web app, Google will not only score a couple of points versus its bitter rival, but also help many of its consumers in the process. Street View in the Google Maps web app should be enough for iOS users until the native Maps from Google hits the App Store – something which could be up to six months away. 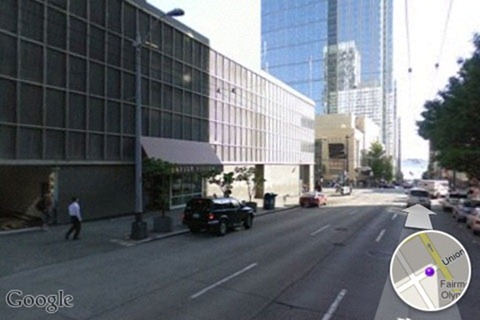 The main beef iOS 6 users have with Maps is its lack of accuracy, and since Apple can only confirm 99% of the app’s data as correct, that other one percent accounts for a lot of mistakes given how many tens of millions of locations and points of interest are about.

Apple has promised to fix the mess it has made, but it will have to work from the ground up, and you feel Google is years ahead in a field Apple seems to have lost itself in. Maps, anyone?