One of the great features of Apple’s iOS 8 update is the relaxing of the ecosystem allowing third parties to flourish. The keyboard, which has been a pet peeve of iOS users for seven years now, will finally be swappable, and a number of famed Android developers including SwiftKey, Swype and Fleksy have already jumped on board. But while those aforementioned will no doubt enhance functionality, one group is focusing its efforts on customization, and the upcoming Ginger Keyboard for iOS 8 hopes to dazzle users with a seemingly endless inventory of skins and themes.

Although iOS does have a number of strengths, the typing experience is a cumbersome one, with autocorrect having become the bane of many people’s lives. But along with completely revamping the stock experience, Apple will be allowing devs to work their magic, and if you’re looking most forward to changing themes, Ginger Keyboard has options by the boatload. 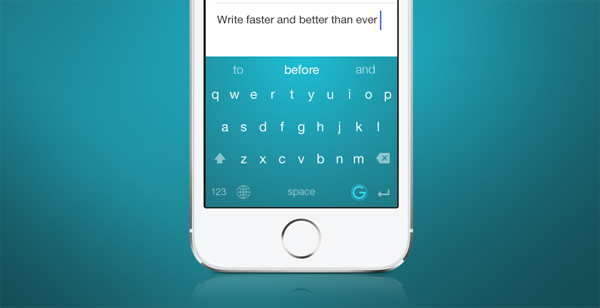 Unlike most other keyboard solutions, Ginger lets you create your own theme from scratch, offering a wholly customizable experience, and although this does give folks a license to come up with some rather grotesque finishes, it does mean that users don’t need to settle with a look that they’re not entirely happy with.

You can select your background from a multitude of different colors, while also adding your own touch to the keys, and although we’d need to use it hands-on in order to work out how many different combinations Ginger Keyboard offers, we’d guess that it’s well into the hundreds.

As aforementioned, the keyboard itself is largely similar to what you’ll be getting natively with iOS 8, featuring QuickType for word predictions on-the-fly. If you’re after a more fluid keyboard and aren’t too fussed about the appearance, then there certainly won’t be a shortage of options as developers begin vying for the attention of this new iOS-wielding community.

Just so long as it’s up to par with the Android edition, I think I’ll be opting for SwiftKey. It learns effortlessly, rarely puts a foot wrong (even when I do), and with a neat selection of themes as well, it’s what I personally deem to be the all-in-one package.

Nevertheless, I’ll be trying out each and every iOS 8 keyboard – including Ginger Keyboard – and posting an extensive review here at Redmond Pie, so stay tuned for that!

Meanwhile, check out the video of Ginger in action below, and be sure to leave your thoughts in the comments.

Ginger Keyboard for iOS 8 will be making an appearance soon, and if you want to get in on the action before anyone else then simply head over to this link.