Samsung’s Galaxy lineup of high-end Android smartphones is technically scheduled to receive the addition of a new member to the family, and the hype around that continues to build as we move ahead in the year. While no one yet knows for sure the release date or the actual specifications of the device, so much as been ‘leaked’ that it’s a fairly good guess now that the device will feature an Exynos 5 Octa CPU, coupled with Adreno 320 GPU and a 13-megapixel camera.

The camera on the upcoming Galaxy S IV has been one interesting topic amongst Android lovers and tech enthusiasts for a while now, mainly because this probably will be the most powerful and feature-laden camera unit on any Samsung device to date. However, a certain leaked photo appearing over at Picasa Web Albums seem to disagree. The photo claims to have been taken through a Samsung Galaxy S IV, and if it is the real deal, the world is in for a shock, because these photos are nowhere worthy of a flagship smartphone!

The leaked photo, allegedly taken via a Galaxy S IV, shows the backside of a tower-casing PC unit, presumably present in an office environment. When you examine the EXIF data for the said images, they appear to have been taken through a certain Samsung GT-I9505, suggesting that this can be the model number for an international version of the phone (going by Sammy’s nomenclature, anyway). The native capture resolution of 2322 x 4128 pixels also supports and strengthens the idea that the device can have a 13-megapixel shooter. 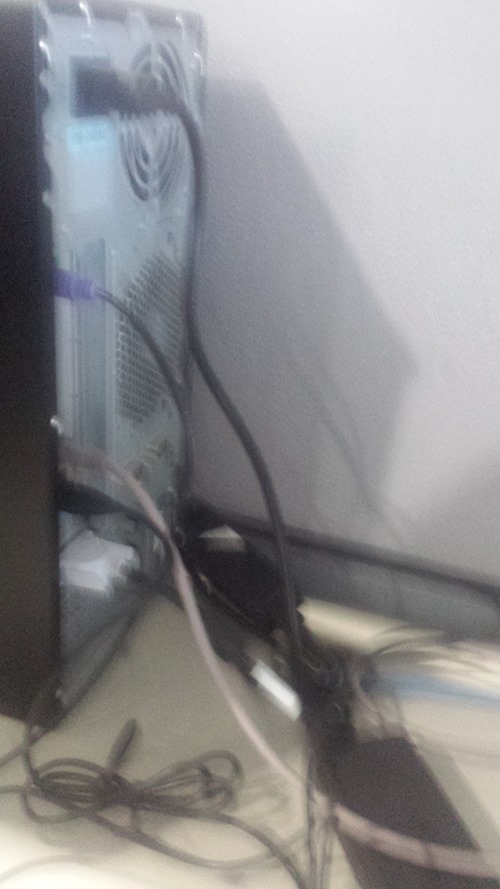 While the hardware appears to be OK, the picture quality is extremely poor. As you’d notice, the photo sample barely distinguishes the grill at the back of the computer, if at all. There’s evident noise (and significant, too), and even though the ISO value hints a sub-par lighting condition, it matches what you’d expect from a regular indoors environment. Considering this to be an actual indoor photo, I won’t be recommending the Galaxy S IV to anyone anytime soon. 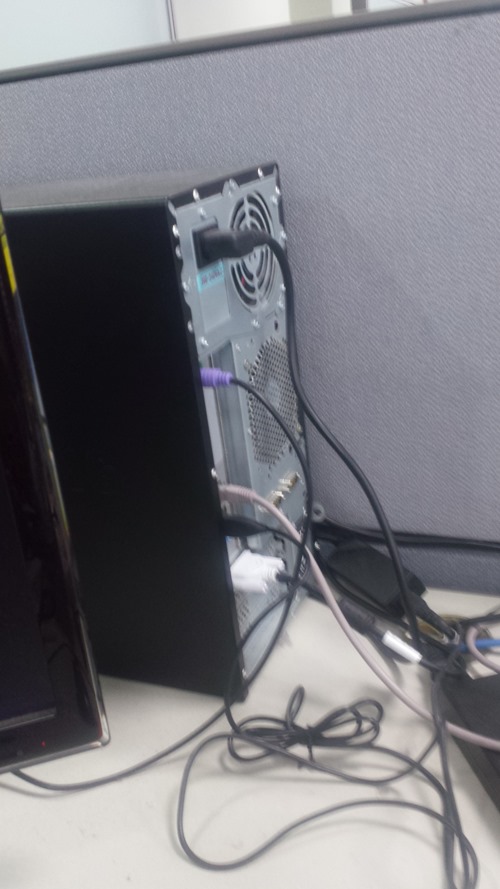 In all fairness, as much as I am loving the leaked information flying around the internet related to the new Android flagship from Samsung, this particular ‘finding’ puts a lot of things in question. Taking good quality photos on their phone is essential to a lot of people, and once someone pays the premium for a top-of-the-line phone, they expect stellar performance too. With this camera unit, the S IV is likely to disappoint a huge population. I sincerely hope Samsung takes lead on this one and the final, release version of Galaxy S IV gets what it deserves – the best!