With Samsung having only just announced the juicy details of its Samsung Galaxy S III, it arguably takes pride of place as the poster child of Android (sorry, HTC One X), thus instantly drawing comparisons with the flagship devices of the two other major mobile ecosystems.

Although Windows Phone isn’t really established just yet, the fact it is being developed by Microsoft – allied to the amount of hype being generated regarding Windows 8 – means it has to be mentioned. The iPhone 4S – Apple’s Siri-wielding, dual-core smartphone – was released back in October, and completes the trio. 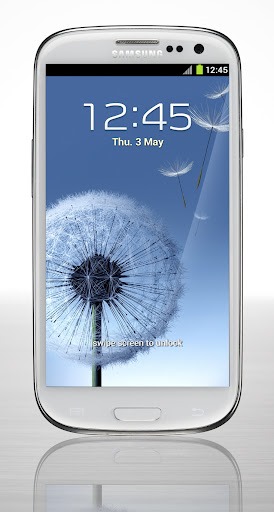 As the newest of the bunch, it’s unsurprising that, on paper, the Galaxy S III trounces both the iPhone 4S and Lumia 900 in almost every category. As we know, however, battles aren’t fought on paper, and both the 4S and the Lumia have their fair share of advantageous aspects over the newest arrival to the smartphone spectrum.

The Lumia is a beautiful looking device, but has so many shortcomings, and with companies like Samsung happy to pump in premium-level hardware left, right, and center, it looks more than a little light on the tick-sheet.

All three devices have identically-matched cameras, but as we know, the number of “megapixels” seldom tells the full story, and although we haven’t seen much of the Galaxy S III’s camera just yet, we’d expect it to be pretty nifty – especially given the device’s mahusive, 4.8-inch, Super AMOLED HD display.

Despite its large inventory of features, Samsung’s third Galaxy S device is the lightest of the three, weighing just 133 grams. Although a device with a near 5-inch display is designed to be out and in people’s faces than squirreled away in the pocket, it’s lighter weight means if you ever manage to find a pocket big enough, you it won’t drag you down to your knees.

The iPhone 4S is the smallest in terms of of height and width, although is slightly thicker than the Galaxy S III. Then again, what iPhone users gain in compact design is compromised by the fact the screen is now quite a way behind that of its competitors in terms of size. Although the next iPhone, we gather, will indeed include a larger LCD, it’s worth remembering that the current pixel density is superior to that of both the S III and the Lumia, so boasts quality where bereft in quantity. 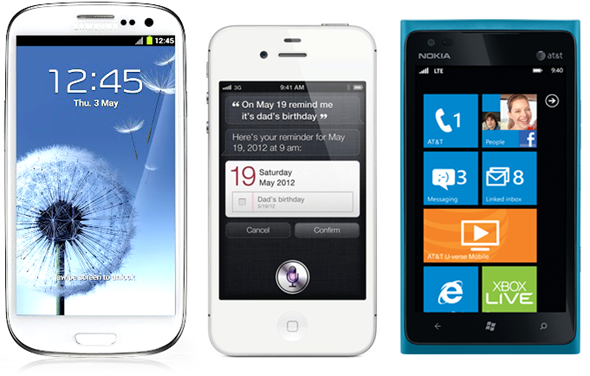 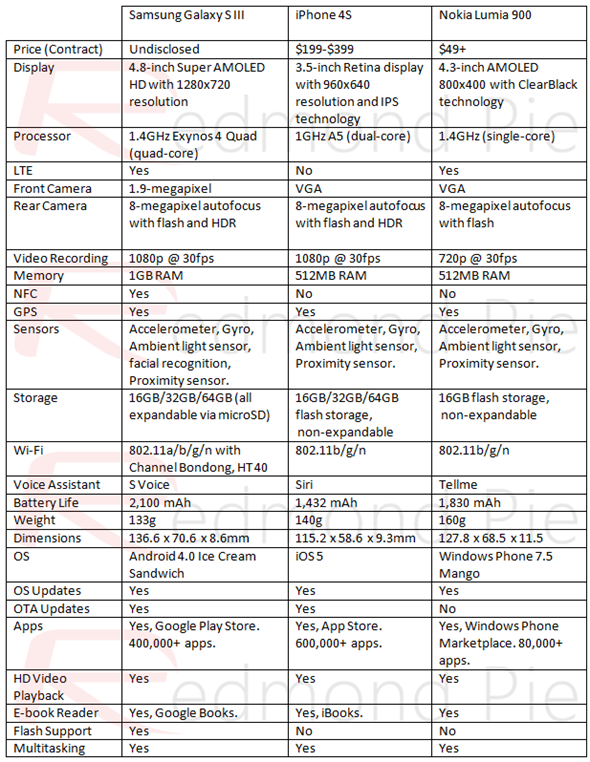 To wrap it up, although the Samsung Galaxy S III is the clear winner when it comes to tech specs, it’s unlikely to stop consumers from buying iPhones or Lumias anytime soon. Apple is continuing to sell tens of millions of its latest and greatest device, with the Lumia also gaining a strong following. Alas, it’s been well documented that Apple co-founder Steve Wozniak has been heaping praise on the Lumia this week, and with Windows 8 not too far away, who knows what impact Microsoft could have over the next year and beyond.