Although celebrities, by and large, tend to endorse products at will for a check, it’s a bit of a running joke that despite their paid affiliations, famous individuals have something of an affinity to devices bearing Apple’s famous logo. The Cupertino’s recent acquisition of Beats Electronics may have made sense from a business point of view, but it’s no coincidence that many celebrities have been spotted wearing Dr. Dre and Jimmy Iovine’s iconic brand, and while football / soccer players can regularly be seen with a pair of Beats around their necks, FIFA’s deal with Sony will pay heed to this throughout the current World Cup.

For fans, the FIFA World Cup is something of a festival; a celebration of the beautiful game in a competition packed with the finest talent on the planet. But for corporations, it’s also a significant advertising opportunity, and while Korean outfit Samsung tends to spend much more than any other tech company in showcasing its continual cycle of new releases, Sony has struck a deal to advertise its products during the FIFA World Cup 2014 in Brazil. 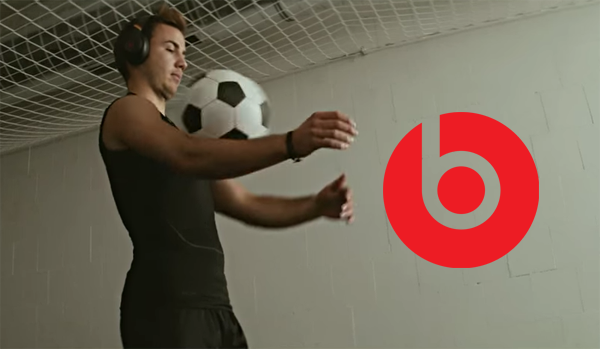 According to a report over at Reuters, players cannot be seen using Beats headphones as a direct competitor of Sony’s in this field. So in the build-up, during the interval and through the course of the aftermath of matches played, you’re unlikely to spot a player rocking Beats, even if this trend is, throughout the upper echelons of the game, very much in vogue.

The licensing agreement forbids players form wearing Beats headphones in the stadiums at the time that matches are being played, as well as at press events, but even though Sony has a stake in this World Cup, the ban on Beats is unlikely to affect the Apple-owned brand a great deal.

In fact, since the Apple-Beats deal went through, a big update has been made to the iOS app, with two new pairs of headphones also having been announced in the past few weeks alone.

Given the dubious nature of Beats’ headphones as offering premium, rich sound quality, one suspects that those players in appreciation of a superior audio experience will, in fact, be unperturbed by having to rock a pair of Sony’s headphones instead.