The protection of these kinds of accounts, which naturally include much sensitive data, is of paramount importance to any company offering them, and Microsoft has long since been said to be looking for a more robust solution to ensure account holders feel they can fully rely on the software maker’s services.

If you are indeed a Microsoft Account holder, you’ll be more than aware of the fact that many segments of your account, like editing credit card information, have for a good while supported a two-pronged authentication system. But this new update will see the screws tightened across the board, so no matter what type of data you’re accessing, full protection will be a certainty. Whereas before, for example, you might have been able to access your mailbox with just one step of verification, you can now ensure your emails are kept locked away from potentially prying eyes.

Two-step verification will protect your Microsoft account wherever you may be using it, including but not limited to, Windows 8, Xbox, desktop or mobile Web browsers, Microsoft apps and services on iOS and Android devices.

Note: On devices such as the Xbox 360, iPhone, iPad, or Android phones/tabs which does not directly support two-step verification for Microsoft Accounts, Microsoft will allow you to generate a unique password to access your MS Accounts using the web interface.

How to enabled two-step verification on your Microsoft Account 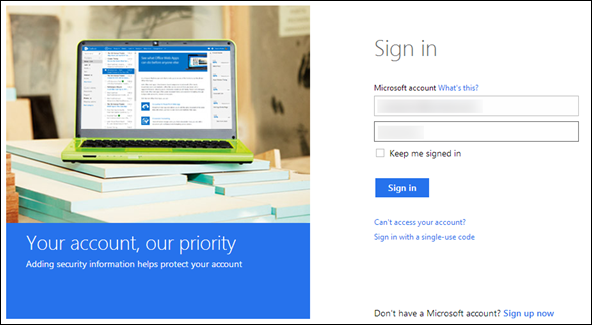 Step 2: Under Overview –> Security info, Enter your phone number and alternate email address. This is where a verification code would be sent to you. 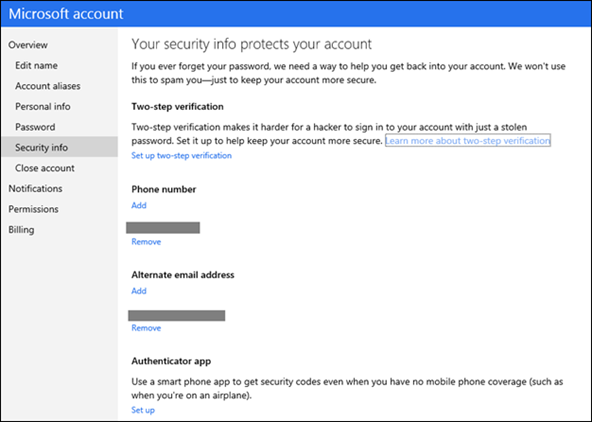 Step 4: You will now be taken to a new screen where you’ll be asked to enter the verification code which has been sent to you via SMS or email. Enter the code and hit enter.

Step 5: That’s it, you’re all set and now have two-step verification enabled on your Microsoft Account.

Accompanying the new authentication feature is an app for Windows Phone named Authenticator which offers standard protocol for two-factor verification codes to be used offline. 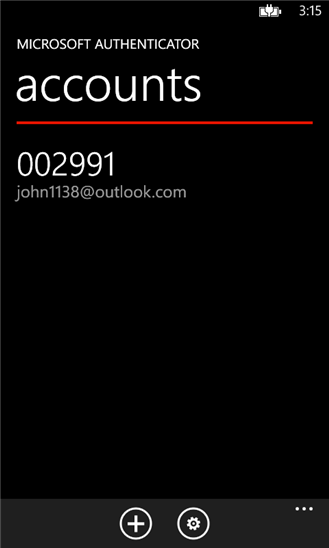 While there’s no sign of a similar offering from Microsoft for Android or iOS yet, Microsoft notes that most authenticator apps on other platforms are compatible with Microsoft’s two-step verification. 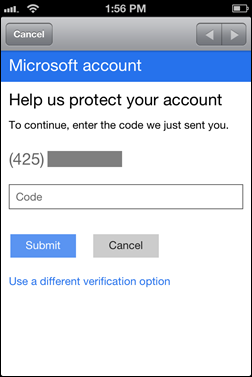