The new HTC One M8, which was announced on Tuesday by its Taiwanese manufacturer in both New York and London, looks a solid improvement upon its predecessor, the HTC One M7. Released last year, the M7 was subject to much critical acclaim, and while significantly improving upon it looked a rather difficult task, it’s fair to say that the M8 enhances the feature-set with relative aplomb. The build quality is the most immediately obvious improvement with the new handset, and thanks to a new drop test, we get to see just how much stronger this year’s flagship is when challenged by its older brother.

As I have mentioned on many previous occasions, I’m not a particularly huge fan of drop tests. Of course, there’s a perverse pleasure in seeing a perfectly new, gleaming device thrown to the floor for the sole purpose of experimentation, but there’s very little real-world value to be gleaned from doing this. After all, even if a device emerges from a drop test without so much as a scratch, that’s not to say that one seemingly innocuous mishap won’t turn your shiny new device into a pricey doorstop, but with that said, there’s still fun to be had in watching gravity do a number on such sought-after mobile devices. 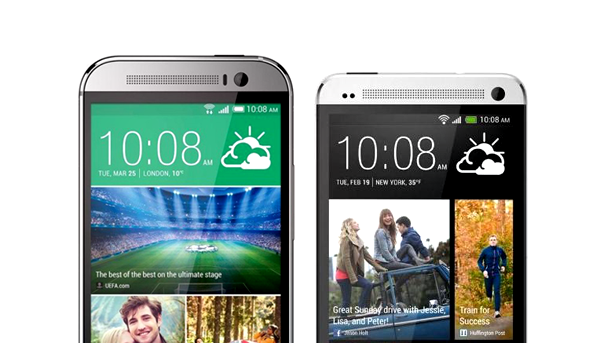 Following the traditional drop test format, the guys at TechSmartt proceeded to drop each device from a variety of different heights and angles, trying their level best to create as fair a test environment as possible. Starting at ‘pocket height,’ neither device suffered any severe damage beyond a few standard scratches, and both emerged largely unscathed. But this was only a warm-up of things to come.

Next up was the ‘head height’ drop, and while both handsets still functioned just fine, there was some severe scratching to the front edges of both devices, particularly the M8. Given the fact that the newer model was in gray, it appeared to show more damage, but in actual fact, it was probably on par with the M7. 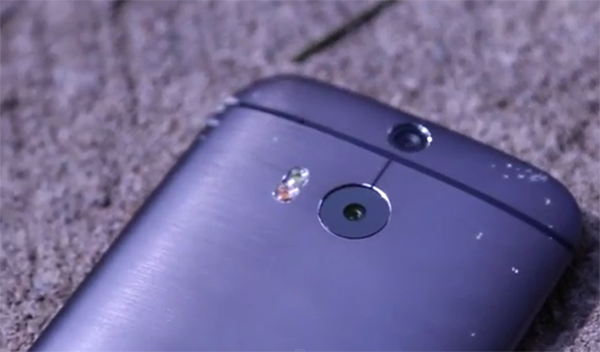 Having carried out further tests including a face-down drop – only to find that both devices could more than hold their own – the TechSmartt guys did what they’re famous for, and ran over each with a car. What happened thereafter? Well, we won’t spoil it for you, but let’s just say, the HTC One is full of surprises.