Download VLC for iOS Now Before It is Gone from the App Store.. Possibly Forever

The recently released VLC app for iPhone, and the iPad version may soon be gone from the App Store, reports, TUAW. The developers behind the popular VLC Media Player claims that the iOS version of VLC available in the App Store is “violating GNU public license under which VLC is released by applying DRM to it”. 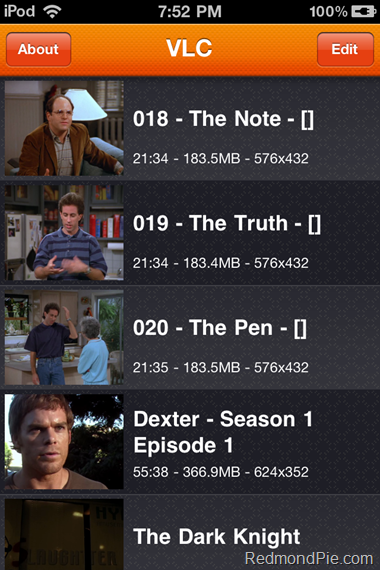 Denis-Courmont, who happens to be the lead developer behind VLC Media Player project said:

it is to be expected that Apple will cease distribution soon..

users of iOS-based devices [will] be deprived of VLC media player, as a consequence of the intransigently tight control Apple maintains over its mobile applications platform.

Another app which goes by the name of GNU Go was removed from the App Store for similar reason.

TUAW explains the problem with VLC for iOS as follows:

While VLC is available free of charge for the iPhone, iPod touch, and iPad on the App Store, it’s not possible to copy it from one device to another. Every copy of an iOS app is tied to a specific user account when it is downloaded, regardless of whether you pay for it or not. The GPL requires that any software using that license and any derivative works be able to be freely copied and distributed.

Apparently the developers that created the iOS version of VLC made a mistake in submitting the app, because the GPL is incompatible with Apple’s App Store rules.

It will be a shame really to see VLC for iOS go out of the App Store. VLC for iPhone, iPad and iPod touch in my opinion is one of the best media player around. It can play virtually any file format you throw at it, and it does it with splendid ease. So go grab it now before it is too late.

And yes, I wont be surprised if developers rerelease it later on Cydia for jailbroken iOS devices. [via TUAW]