Apple have just officially flipped the switch on the release of iOS 6.0.1 update for their sixth major iteration of the iOS mobile operating system for compatible iPhone, iPod touches and iPads. Users of Apple’s mobile hardware found themselves able to initially benefit from the reported two hundred new features that were bundled into iOS 6 back in September when it first became available. iPhone 5 owners on the other hand had to wait an additional two days to get their hands on iOS 6 when the device launched around the world.

As promised, today’s iOS 6.0.1 release brings performance improvements and bug fixes found in the initial release of iOS 6. Some of these include: fix for horizontal lines on keyboard, fixes for Microsoft Exchange and Passbook bugs, fix for Wi-Fi connectivity issues, bug fix related to Camera app and more. 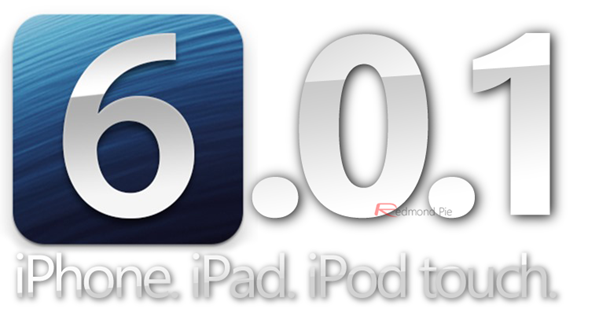 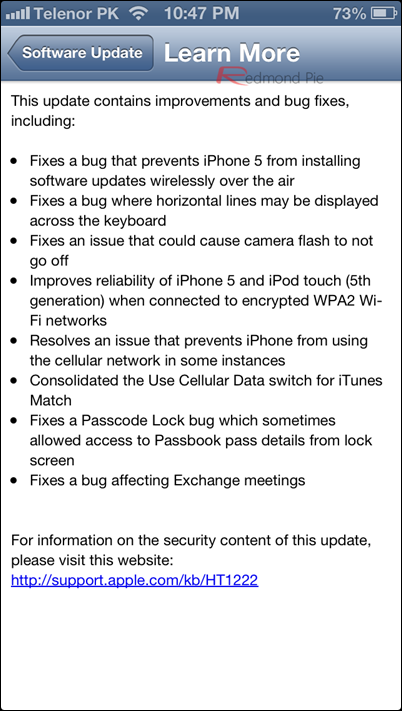 iOS 6 users who were facing the above mentioned problems will be hoping that these small anomalies will be eradicated by this update once and for all.

It is not confirmed yet but hopefully Apple may have also taken this opportunity to inject some additional data and improvements into their new Maps app, which was center of huge criticism from users all around the world on the eve of initial iOS 6’s launch. 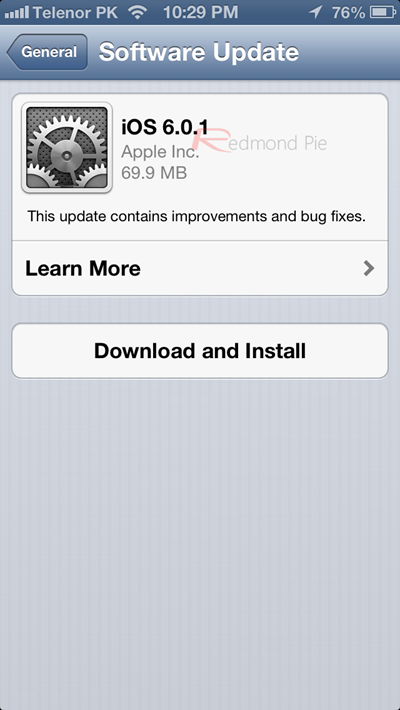 Official direct download links from Apple for all the compatible devices are given below: