It’s a big day for the release of Apple beta software today, with every major operating system having received an updated beta release today. The first betas for multiple releases are now in the hands of developers, including those for the Mac, Apple Watch, and Apple TV.

Apple’s first seed of beta 1 for macOS 10.14.4 is now available for download, and while we don’t know exactly what has gone into this new release it’s likely to be a mix of stability and big fixes. 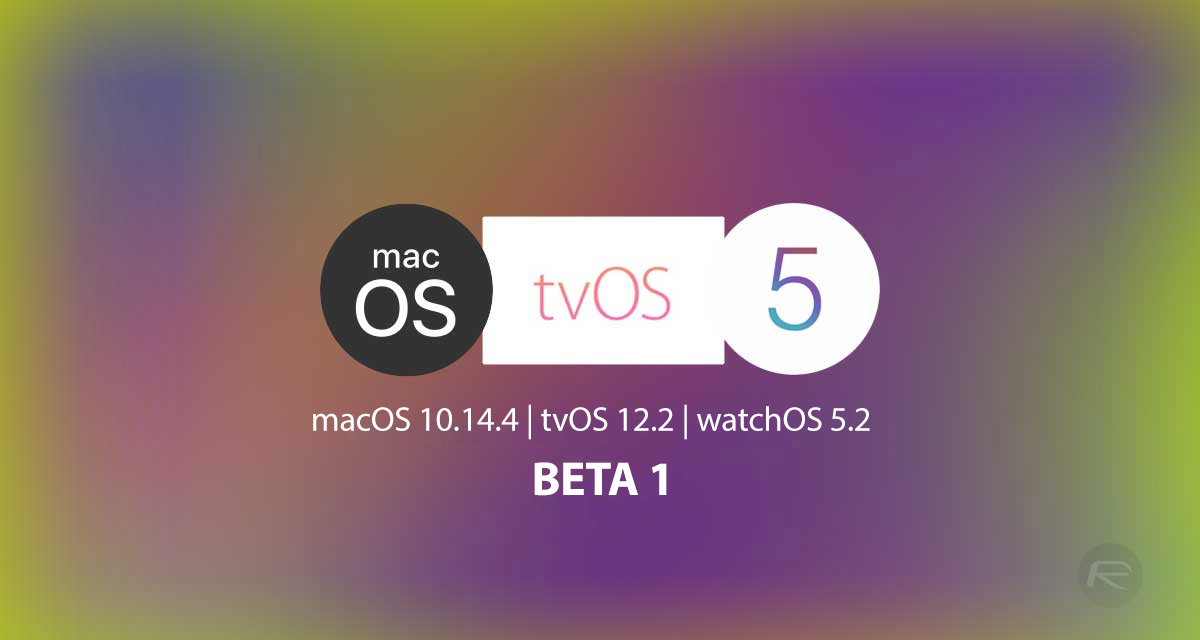 In fact, that’s generally the case for all of Apple’s newest round of beta releases, so as far as we know at least, we don’t expect any huge new features to arrive this time around. The new update can be downloaded via Software Update for those who have the correct beta profile installed.

Alongside macOS, watchOS has also seen a new release in the form of the first watchOS 5.2 beta. Again, nothing huge is expected of this release, although if you’re on the lookout for bug and stability fixes you’re likely to enjoy this release. Anyone who has the correct beta profile installed can get the update via the Apple Watch app on their iPhone. You’ll need to have at least 50% of battery life remaining and have your watch on charge before the update will install.

Finally, tvOS 12.2 is also now available for download if you’re a developer. If you have the correct profile installed you hold have an update ready and waiting for you, and again, details on what this update has are scarce. It’s also likely that this is the least anticipated beta release to arrive today, which is a shame for those who have no doubt worked super hard on getting it out the door.