It is always a nice and welcome change whenever one of the big players in the mobile smartphone world takes to the stage to announce the release of something new. Familiarity often breeds contempt, and considering the mobile sector is an ever-changing landscape, the release of new hardware or software really helps to keep things fresh and keep end-users and developers alike engaged.

As mobile technology lovers, we should be paying homage to firmware gods right at this very moment, as harvest has been rich during the last couple of weeks. First we had Apple take over Moscone Center during WWDC 2012 to drop the iOS 6 beta surprise on us, a major overhaul of the popular OS that contains a rebuilt Maps app and much more. And it was just yesterday, when we witnessed the expected announcement from Google that we would have even more software-based goodness to get our teeth into, with the official unveiling of Android 4.1 Jelly Bean.

Although the annual Google I/O conference is still underway in the Bay area, those ever resourceful developers and modification enthusiasts have been digging through the official Jelly Bean SDK to see what immediately jumps out and interests them. As you would expect, the released 4.1 SDK is a comprehensive package, containing all of the newly exposed APIs that will be available to developers to take advantage of, but more importantly than that, it also contains the official Android 4.1 wallpaper kit.

We all love a good wallpaper. Personalization is high on the agenda of any device owner, regardless of whether it is a Windows-powered desktop PC or an Android-powered smartphone or tablet. Before users go rolling in their own aesthetic creations or start trawling the web for a nice background that really makes the home screen pop out, the first port of call should always be the officially produced wallpapers that ship with the OS. The SDK exposes twelve official wallpapers made up of vivid contrasting colors and rather impressive pattern creations. 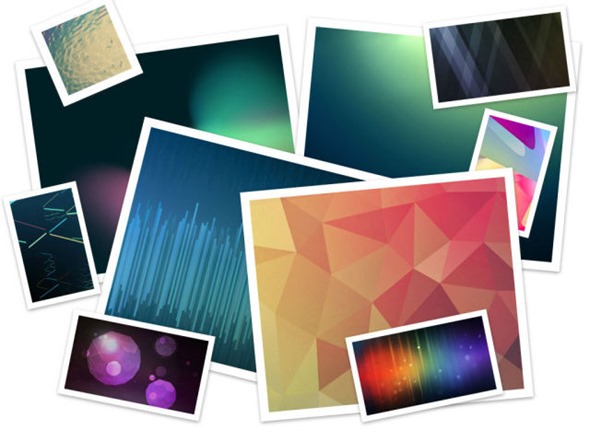 The wallpapers have a typical Android feel to them, and although those who enjoy the native look of the operating system will more than likely appreciate the offerings, and for those who need a little uniqueness will definitely need to look elsewhere for inspiration. To get an early sneak peak of what Android 4.1 Jelly Bean will bring, download the 2.2MB wallpapers package now by heading over to this thread over at XDA.