Apple is continually looking to improve iOS 11 with bug fixes and patches, which are then released to the general public, but how deep do those changes actually go? When fixes for specific bugs are put in place, do Apple’s engineers look to try and make gains and improvements in other areas which matter to device owners, such as battery life and power efficiency performance?

Once again, with the release of iOS 11.0.2, iAppleBytes has taken a look at battery performance on the latest released version when pitted against the previous iOS 11.0.1 release. 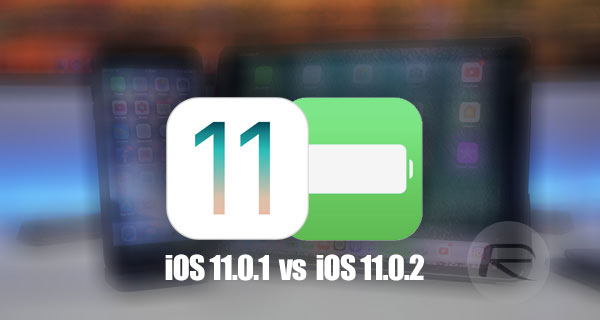 New versions of iOS released to the public, whether they be a major release or a smaller point release, generally contain a lot of bug fixes or feature additions and improvements. It’s almost never the case that Apple will ever pump out a new release which is purely focused on improving battery performance on the device, unless they have made major mistakes with a previous build and introduced functionality which drains the battery at an alarming rate. That rarely happens, so this time around the channel is seeing if any inadvertent battery improvements have been made with iOS 11.0.2, or if improvements form a smaller part of the release in general, especially when considering many have been complaining about random battery drains on iOS 11-powered devices.

The format and process of the test is still exactly the same as we have become accustomed to. Multiple iPhone models including the iPhone 7, iPhone 6/6s, and iPhone 5s are charged up to 100% and loaded with iOS 11.0.1 and iOS 11.0.2 as these are the two versions of Apple’s firmware being compared. The chargers are then removed from the devices and the Geekbench battery test is put into operation on each device. The test is designed to continually run complex processes behind the scenes which are battery and power intensive. The aim is to drain the battery as quick as possible and time exactly how long each device manages to last for before it has to shut down.

The results would suggest that Apple has definitely not made any significant battery life improvements which will be felt by all device owners running iOS 11.0.2. The iPhone 5s in test gave up the will to live on iOS 11.0.2 a full 13-minutes compared to it having run iOS 11.0.1. The iPhone 6s also performed better on iOS 11.0.1, but only by a few minutes. iPhone 6 and iPhone 7 were slightly more performant from a battery perspective on iOS 11.0.2, but there wasn’t enough in it to conclude any notable or significant improvements.

Check out the video embedded below and check it out for yourself.