It’s strange that, given its status as a major carrier serving the Chinese market, China Telecom would post promotional iPhone 6 ads featuring renders mocked up by well-known designers, but that’s exactly what it has done. In a new advertisement, in which the cellular operator suggests that it will sell a version of the iPhone 6 compatible with the nation’s myriad of networks, we also get another glimpse of the fine work of Tomas Moyano and Nicolàs Aichino at Behance, and given how many times we’ve seen what is claimed to be the iPhone 6’s final design, China Telecom’s Weibo post is quite a misleading one.

As you can see, the design does away with the plastic inserts which, for the most part, seem to have ruffled the feathers of commentators and iPhone enthusiasts alike. As you’ll also notice in the ad, Behance’s iPhone 6 design is unquestionably more favorable from an aesthetic point of view, but unfortunately, China Telecom is actually mis-selling the product. 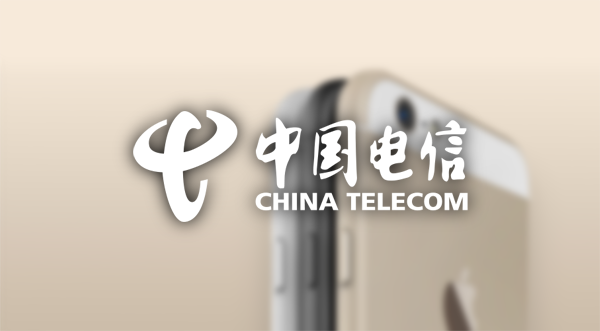 Still, while the ad mightn’t reveal much about the iPhone 6’s appearance, it does indicate that Apple may break from the tradition of releasing multiple variants of its flagship handset to cater to China’s myriad of networks. By doing this, China Telecom would also be able to offer its customers 4G LTE, in turn stemming the tide of users leaving the carrier in search of faster cellular connectivity. And the device will be sold unlocked, therefore rendering it fit for use on other networks as well.

The ad has since been deleted, so we’ll have to wait to learn more of China Telecom and Apple’s intentions, but in the meantime, we’re all looking ahead to September 9th. Outlined as the key date of the iPhone 6’s announcement, we’re expecting two models of 4.7 and 5.5-inch displays, and according to the latest reports, Apple may also throw out a 128GB variant for the first time. 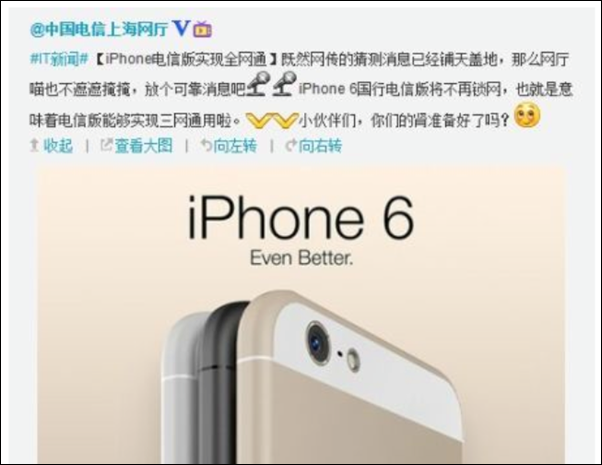 With features like NFC said to be accompanying the all-new A8 processor, radical redesign and other perks, there’s plenty to look forward to, and with the iPad refresh rumored for October before the iWatch completes the mobile line-up, there’s a great deal to look forward to.

We’ll keep you updated on all the latest reports, rumors and leaks regarding Apple’s busy schedule for the coming weeks and months, so stay tuned!