If you remember the eighties and the Commodore 64, you’ll know how much of a far cry they were from the computers of today. But it’s impossible to shake off the nostalgia we feel when we think about the great times we had with those much-loved older technologies, but seeing as though most Commodore 64 users have thrown the old classic away or stored it deeply away in a loft or attic, developer Thomas Conté has come up with a much more Digital Age method of rejuvenating that initial appeal. He’s invented Camera 64, and as the name implies, it delivers your pictures in 16 colors, as if they were the product of the Commodore 64’s VIC-II video chip.

As soon as you take your shot, you’re treated to a real-time preview of the result, and as you’ll see from the samples below, it’s a pretty accurate simulation of those C64 days. The resolution of your image is decreased to 320 x 200 pixels – the original resolution of the C64, and while this will naturally take away the sharpness of the original shot, it’s worth it for that little time-warp. 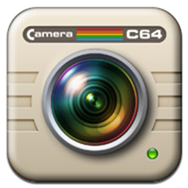 Also applied to your images is the C64’s dithering effect, which was a technique used to create the appearance of more colors than were actually present. Although developer Conté quite clearly has a vested interest in the old Commodore 64 (which is, would you believe, some three decades old), but it would seem he is a fan of many of technology’s early exports, and reflects this in the optional, in-app purchase of several antiquated effects such as black & white televisions, and amber and green monitors. 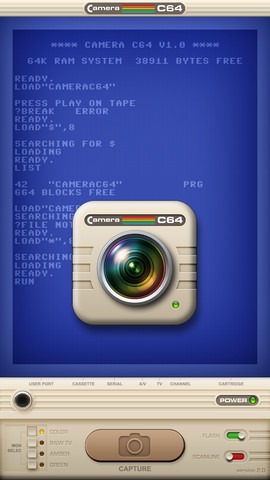 Once you’ve created your image, mulled over it, and remembered all the good times you had with your Commodore 64 and black & white TV, you can save to camera roll, e-mail, message, or, provided you’re on iOS 6, post to Facebook or Twitter. 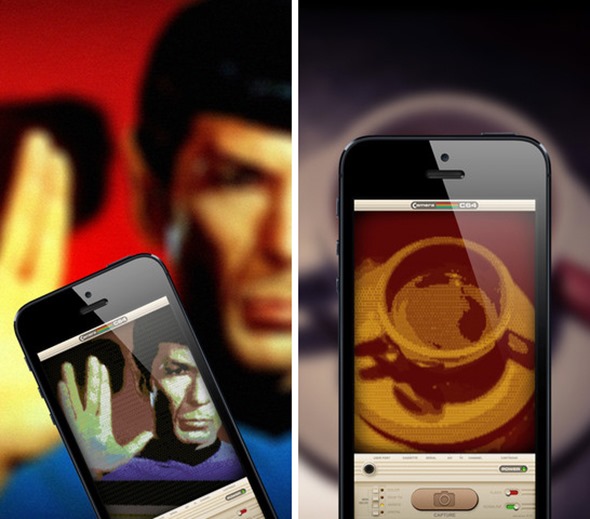 It’s absolutely free of charge, and if you’re old enough to remember the Commodore, or a black & white TV, I highly recommend you give it a whirl.