Although Amazon’s Kindle is widely regarded as the number one e-reading device, the iPad is a decent, albeit expensive alternative, and the Cupertino company’s iPhone packs a Retina display making reading books and journals a relative doddle.

Despite earning their stripes as competent e-book readers, many ardent bookworms have argued that the digitalization of the printed text has taken away some of the magic of reading a book. As a digitally-orientated person, even I have noticed that reading a bestseller on an iPad doesn’t quite offer the same experience as owning the hardback – despite the legitimacy of the page-turning effects.

BookBook, a bespoke cover for Apple’s iDevice range, has long since sought to bring the classic book feel to the popular gizmos, and has, in many respects, succeeded. Created by Twelve South, it not only gives the iPhone and iPad a strong, durable cover in the battle against the everyday wear and tear, but it also makes your device look like an authentic old book.

The cover has been retailing for a good while now, and has recently been altered and improved to give consumers an even better product. The changes don’t quite constitute a revamp, but are significant enough to be classified as noteworthy.

Like Apple’s WWDC refresh of the MacBook range, the modified products are available immediately, and although the iPhone 4 / 4S version is now available in both black and brown, the iPad iteration is what we’d consider to be the main event. The design is a lot more streamlined, and is now 33 percent thinner, which has in turn reduced the weight to an impressive 358 grams. 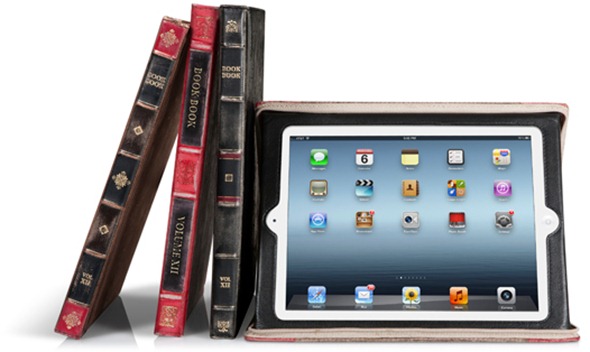 The interior of the iPad cover has also seen the wave of the magic wand, and while also being a lot more secure and sturdy than the previous version, also includes an in-built stand, that too, with a rigid casing that hides a slip-in cover and a built-in stand. There is now a black and red edition to accompany the brown version, all of which are in the hue of your classic, hardback leather book, and they each look extremely authentic. 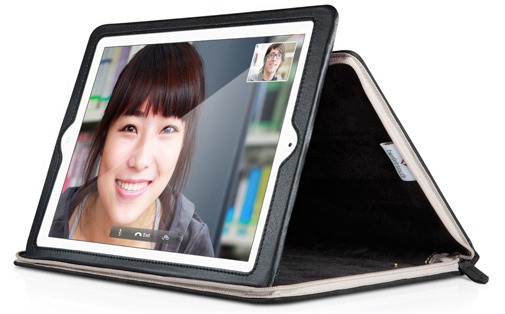 The BookBook for iPad costs $79.99, and will protect the iPad 2 along with the third-gen iPad, while the iPhone BookBook cover is priced at $59.99.

Who knows, even if you’re not a big fan of backdating your gadgets to the pen-and-paper days, the 60-70 dollar investment may just spare your device from being snatched away.