This procession of releases once again signals Apple’s intention to continually make incremental changes to each platform in order to get each ready for an official public release later in the year. 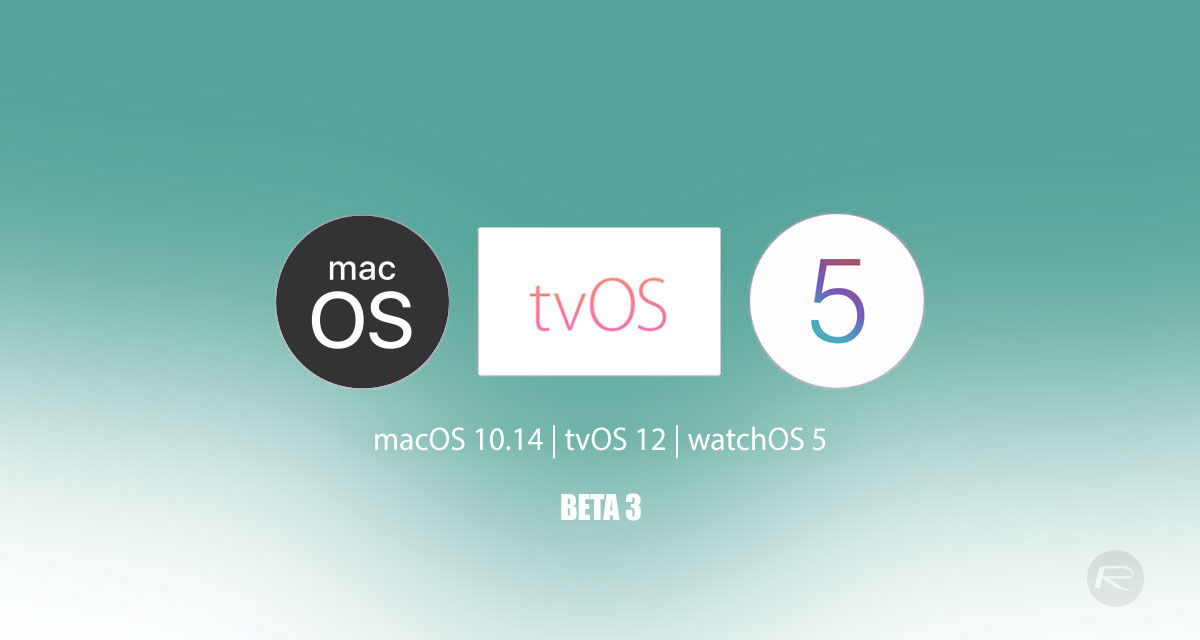 tvOS 12 beta 3: It’s hard for Apple to know exactly what to do with tvOS. This operating system only runs on Apple TV 4 and Apple TV 4K, which means that it doesn’t have a great deal of hardware to support. Also, it’s actually pretty darn good as it is, and given the fact that it’s a set-top box, it’s hard to find a route forward in terms of features and functionality. Still, what we have is brand new support for Dolby Atmos, a new array of screensavers, zero sign-in functionality for quick and easy access, and much more power for developers to build cutting-edge apps and experiences.

watchOS 5 beta 3: Just when you think Apple can’t improve the software which powers its industry-leading Apple Watch, the company steps up to the plate and makes at least some jaws drop. watchOS 5 will encourage Apple Watch owners to be more active and stay better connected to the things that they care about. It comes with Activity Competitions, new workout types, a brand new Podcasts app which ties-in with the iOS version, an enhanced Siri integration, and even walkie-talkie functionality, among other enhancements.

macOS 10.14 Mojave beta 3: From being able to concentrate more thanks to Dark Mode to be better organized with macOS Stacks, macOS 10.14 Mojave is definitely going to offer global appeal. It offers a gorgeous dynamic desktop experience based on the time of day, a new dark mode, a new Stacks feature to bring a messy desktop into a new light of order, and even a much-enhanced screenshot capture experience. And if you are a fan of visual communication then you are going to love the brand new 32-member FaceTime calling. There’s of course also Apple News, Stocks and Home apps, along with support for brining iOS apps to Mac sometime later. A major update indeed.

As mentioned, all of the latest betas of the software listed above are available to download right now for all of your compatible Apple TV, Apple Watch, and Mac hardware directly from software update section of the device itself, or directly from developer.apple.com.